Family-dining restaurant Chuck E. Cheese was initially named Chuck E. Cheese’s Pizza Time Theatre when it was first founded in 1977. The restaurant and entertainment venue was founded by video game creator and Atari co-founder Nolan Bushnell in San Jose, Calif., where it sold pizza and provided an animatronic show along with arcade games. The name Chuck E. Cheese comes from the main character of the show, who shares the same name and is a human-sized rat.

In 2014, CEC Entertainment Inc. was acquired by Apollo Global Management for $950 million, along with pizza competitor Peter Piper Pizza. In 2019, Chuck E. Cheese attempted to go public through a shell company, Leo Holdings, of which Apollo retained a 51% share, but the public offering was abandoned in late 2019 and Leo Holdings was dissolved.

In 2020, amid the coronavirus pandemic, CEC Entertainment Inc. went $1-2 billion into debt as the family-dining segment suffered massive financial losses. In 2021, the parent company was restructured as part of a bankruptcy process which began when it declared Chapter 11 in June 2020 and took out $200 million in loans as part of the process.

During the COVID-19 pandemic, the “eatertainment” brand introduced a virtual chicken concept called Pasqually’s Pizza & Wings. That brand came under fire for not disclosing it was part of (and using the same food as brick-and-mortar units as) Chuck E. Cheese on third-party delivery apps.

Number of US Locations: 489 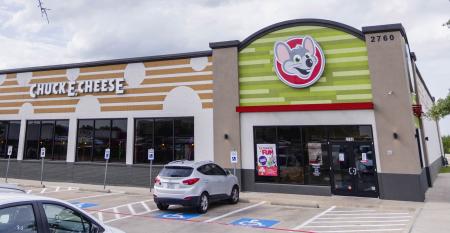 All the bankruptcy news from around the restaurant industry in 2021
Dec 17, 2021
It was a bizarre year for restaurants where bankruptcies are concerned, with very few filing and none after...