Brinker International is the Dallas-based parent to the casual-dining Chili’s Grill & Bar and Maggiano’s Little Italy brands. One of the largest casual-dining companies in the U.S., Brinker operates and franchises more than 1,600 restaurants in 29 countries under the Chili’s banner along with 54 Maggiano’s.

The first Chili’s was opened in 1975 by Larry Lavine in Dallas as a no-frills casual dining concept that defined a new era. In 1983, Norman Brinker bought the then-23-unit Chili’s and began building it as a portfolio company, taking it public in 1990. Maggiano’s joined the group in 1995. 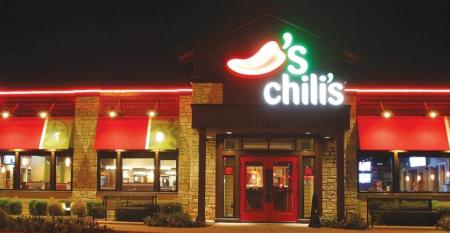 The most successful restaurants last year grew their omnichannel technology, not their portfolio
Jun 21, 2022
Nearly one-fifth of the chains in the NRN Top 500 grew their AUVs while their store growth shrank or stagnated...

Brinker expands education benefit to team’s family member
May 19, 2022
Chili’s-Maggiano’s parent says one relative of managers and above is eligible for its Best You EDU program

How 24 restaurant companies performed in their most recent quarters
Nov 22, 2021
Chains continue to report increases over 2019 despite labor shortages and supply-chain issues
Load More