Blaze Fast-Fire’d Pizzas is one of the largest of the fast-casual pizza concepts that flourished around 2011 offering made-to-order pies in the service style of Chipotle, with guests walking the line to choose their toppings and the pizzas baked in minutes. The concept was founded by Elise and Rick Wetzel, who also co-founded Wetzel’s Pretzels. Early investors included basketball superstar LeBron James, former California first lady Maria Schriver and Boston Red Sox co-owner Tom Werner.

The almost all-franchised Blaze, which has long stated its intention to go public, has more than 300 restaurants across 41 states and six countries. 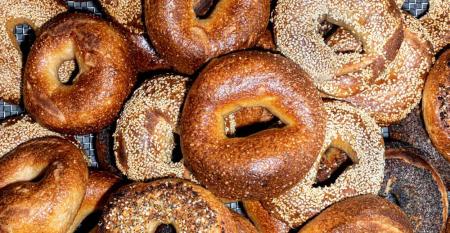 Ike’s Love & Sandwiches makes strategic investment in Bangin’ Buns concept with plans for growth
Sep 09, 2021
Plans include growing the three-unit hot chicken chain to 15 by the end of 2022

Doing it all: The restaurant of the (near) future will be designed for multiple revenue streams, minimal costs
May 18, 2021
Double drive-thrus, side-gig virtual brands and expanded outdoor seating will be must-have features for restaurants in 2022

Heading to the ‘burbs: Real estate availability presents expansion opportunities for 2022
May 18, 2021
Restaurant operators vie for the elusive 3,500-square-foot location with a double drive-thru

Agility, authenticity and a ‘guerilla mindset’ are keys to recovery, says Blaze Pizza CEO
Mar 18, 2021
Mandy Shaw shares lessons learned from the pandemic, and advice for how to lean into growth opportunities in 2021