Auntie Anne’s is a quick-service restaurant concept selling soft pretzels and related items such as pretzel dogs — similar to pigs in a blanket — and pretzel bites. It has a particularly strong presence in airports and malls.

Anne Beiler opened the first Auntie Anne’s in 1988 at a farmer’s market in Downingtown, Pa., and it had grown through franchising to 100 units by 1992. It was purchased by Focus Brands, a portfolio company of Roark Capital, in 2010.

Heather Neary has been the brand’s president since 2015, and since then focused on growing the brand in places other than traditional suburbs, such as university campuses, urban centers and other areas with high foot traffic.

Neary also launched the Pretzels to the People Program which includes dozens of food trucks used to promote its off-premises capabilities, such as catering.

The chain opened its first drive-thru location, co-branded with sister concept Jamba, in Wylie, Texas in May of 2021. 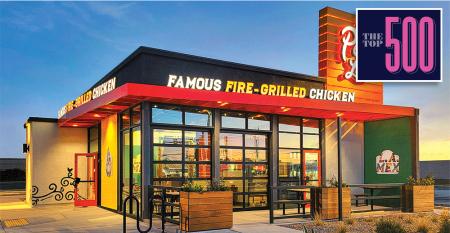 The most successful restaurants last year grew their omnichannel technology, not their portfolio
Jun 21, 2022
Nearly one-fifth of the chains in the NRN Top 500 grew their AUVs while their store growth shrank or stagnated. The secret? Omnichannel...

How Chick-fil-A, P.F. Chang’s and McAlister’s Deli use technology to streamline operations and improve service
Sep 28, 2021
Restaurants accelerate investments in digital tools to drive labor efficiencies and keep up with high consumer...

Focus Brands leans into cobranding with first Auntie Anne’s drive-thru with Jamba
May 17, 2021
Focus Brands will begin debuting more cobranded stores in locations outside malls/transportation centers, including Cinnabon-Carvel in the future

Focus Brands COO and President Kat Cole will leave the company at the end of the year
Dec 09, 2020
Cole will be moving on from the Auntie Anne’s, Carvel, Cinnabon, and Jamba parent after 10 years at the company