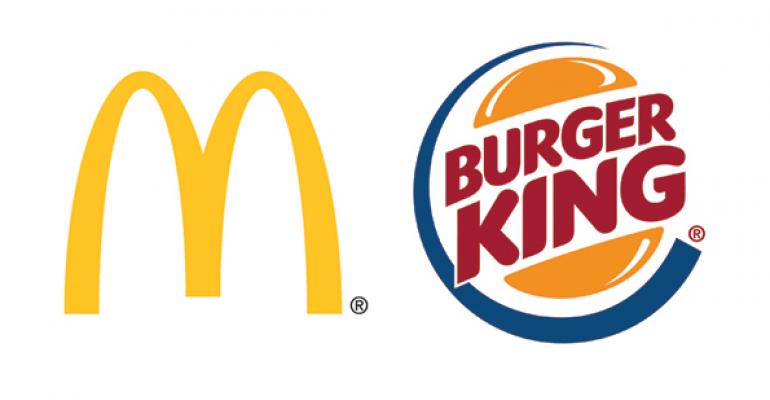 Quick-service chains bring back poultry items from the past

Commodity prices for chicken are so favorable right now that quick-service chains are resorting to products they once relegated to the scrap heap only a couple of years ago.

With chicken prices falling and beef near record levels, chains like Burger King and McDonald’s are pushing chicken products as hard as ever, with both companies resurrecting past menu casualties. Burger King re-introduced Chicken Fries, while McDonald’s brought back Chicken Selects.

It’s a trend that won’t likely end soon, as beef prices aren’t expected to ease until next year at the earliest.

“We’re seeing it across the industry,” said DeWayne Dove, vice president of risk management for Denver-based food buying cooperative SpenDifference. “The margins you can get from pork and poultry are advantageous, especially versus beef. The markets are more stable. And you get higher profit.”

Beef costs have been troublesome for restaurants over the past couple of years. Drought and high corn costs led many ranchers to reduce herds, cutting supply and increasing prices.

While corn prices fell 26 percent last year, and are expected to remain lower this year, it takes longer to bring beef supply back up to reduce prices. According to federal data, the price of beef and veal has risen 19 percent over the previous year.

“The cost of beef remains a pressure point,” Tonya Robinson, director of financial reporting for Texas Roadhouse Inc., said during the company’s recent earnings call. It was a common theme during the last round of quarterly financial reports.

“We expect continued pressure on beef prices,” Randy Garutti, CEO of Shake Shack Inc., said during the company’s recent earnings call. “We do not expect any relief this year.”

But chains such as Shake Shack and steak concepts like Ruth’s Hospitality Group Inc. have been able to manage higher commodity costs lately simply by raising prices. Because of demand for their products and customers who are less concerned about price, they have done so without hurting traffic. Shake Shack’s same-store sales rose 7.2 percent in the fourth quarter, and traffic rose 1.7 percent.

But other chains, particularly quick-service concepts, have customers who are more focused on price. While employment is growing and gas prices have fallen, wages have been relatively stagnant, meaning consumers are reluctant to pay higher prices.

Therefore quick-service chains, cognizant of their price points, are turning to chicken.

High corn prices affect chicken in much the same way they affect beef. But it takes less time to raise a chicken than it does a cow. As a result, the price of poultry has moderated more quickly as corn prices have eased.

The price of boneless chicken breast has decreased 10 percent to 12 percent this year, Dove said. Pork prices have fallen, too, following record-high prices in 2014. Restaurants are turning to those products and steering more customers toward them.

“They’re running a lot of LTOs,” Dove said. “They’re plugging in LTOs around poultry and pork. They’re really playing those up heavy to offset what they’re seeing on the beef side.”

In August, Burger King brought back Chicken Fries, a menu item it had eliminated two years earlier because it didn’t sell well. But driven by social media hype and a campaign from fans, the chain brought it back, and the item was hugely popular.

Burger King followed the reintroduction with a deal of 10 Chicken Nuggets for $1.49 — an offer that likely couldn’t be replicated with beef, given the state of the commodity markets. The offers worked well, as the chain’s U.S. same-store sales rose 4.2 percent during the fourth quarter. The chain has brought both of those deals back this year.

McDonald’s brought back this month its own chicken item from the past, Chicken Selects. And it may be planning more with chicken. In a note earlier this week, Janney Capital Markets analyst Mark Kalinowski said McDonald’s is getting ready to roll out improvements to its grilled chicken.

Dove expects this trend to continue for at least the rest of this year. The good news, however, is that beef costs should eventually moderate. In a note this morning, KeyBanc Capital Markets analyst Christopher O’Cull noted that herd sizes are expanding this year, which should increase supply and start bringing prices down next year.

“We’re seeing signs the beef industry is rebuilding herds,” Dove said. “Beef costs should remain elevated through 2015. But indications are that supply is coming, and in 2016 we should start seeing some relief.”