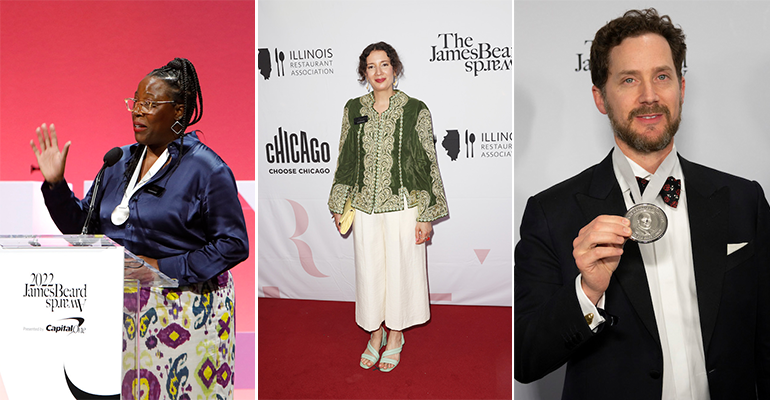 After a two-year hiatus, the James Beard Foundation resumed its annual celebration of the restaurant industry with its Restaurant and Chef Awards.

Essentially cancelled in 2020 and 2021, replaced by broader celebrations of the industry as restaurants faced unprecedented challenges due to the pandemic and associated restrictions, the awards now have new judges and new criteria.

The result was winners beyond the usual group of chefs and restaurateurs in large cities who enjoy good relationships with the food media. Some past winners faced allegations of sexual misconduct among other bad behavior, and the awards had also been criticized for not reflecting restaurants’ cultural diversity.

Now nominations for the awards must be accompanied by a short statement about how the candidate is aligned the Beard Foundation’s values “centered around creating a more equitable, sustainable, and healthy work culture,” according to the foundation.

Additionally, the panel of judges has been streamlined. In the past anyone who had ever won a Restaurant or Chef Award was eligible to vote on semifinalists and nominees indefinitely. Now only winners from the past three years are eligible, and that eligibility isn’t automatic: They must be chosen by the Beard Foundation’s awards committee. Only winners from 2017 and later were eligible to be judges for this year’s winners.

Take a look at the winners.