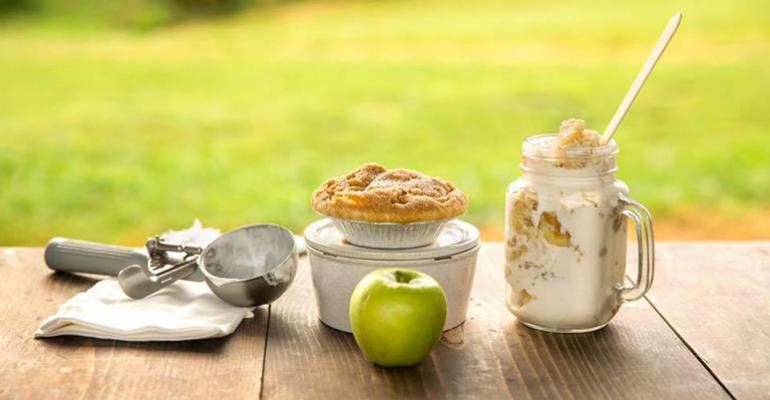 The crowd-sourced review site Yelp noted that more than 1,500 dessert and sweet treats operations opened around the country in September. Their appearance speaks volumes about our current need for indulgence, fun and affordable escape.

Doughnuts have become a focal point for reinvention as both mochi and boba doughnuts have a moment. The doughnut-shaped riff on the popular sweet Japanese rice cakes is a specialty at Bom Bakeshop in Austin Tx., where the gluten-free goodies are “made with love” in basic flavors like chocolate, blueberry and strawberry, along with more traditional Japanese flavors like matcha and ube.

Meanwhile, the tapioca balls that give bubble tea its name and distinctive texture are being mixed right into the dough at the four-unit, Houston-based concept Fat Straws Bubble Tea Co. The operation converts its signature bubble tea beverage into pastries like the recent White Rabbit Milk Candy Boba Donut that takes its name from a Chinese confection.

Churros, the traditional Iberian fried dough snack, are being reworked too, in nifty versions like the Churro Party Bagel at Einstein Bros. Bagels, which actually starts with a doughnut smeared with buttercream frosting and topped with cinnamon sugar. Anaheim, Calif.-based Churroholic caters to aficionados with unexpected options like cookies and cream churros and, for a bit more crunch, matcha and Fruity Pebbles churros.

Tres leches, the Latin-American classic cake that is soaked in three types of milk, was the subject of a recent Washington Post feature that noted its growing popularity during the pandemic outside of the Latino community. Star performers include Houston’s Treacherous Leches Bakery, which offers a twist on the formula with red velvet and piña colada versions, and Seattle’s Tres Lecheria, which lists flavors like pumpkin chai, matcha, and sweet corn and honey.

In Chicago, popular Wow Bao serves up its eponymous Chinese dumplings at five area locations, where the bill of fare includes dessert bao like coconut custard and seasonal pumpkin.

Inspiration for sweet treats comes from closer to home, too. Hero Doughnuts, operating in Atlanta and Birmingham, makes a bread pudding doughnut from day-old bread soaked in cream, brown sugar and eggs, while Buttermilk Sky Pie Shop, which operates 17 locations throughout the South, deconstructs conventional pie à la mode with the signature Cloud 9, which combines ice cream and pie in a spoonable sundae format. 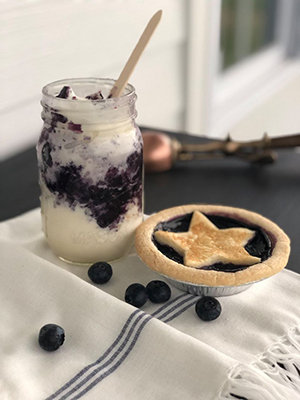 Popeyes has been a headline factory of late with the runaway success of its Spicy Chicken Sandwich, but its most recent newsmaker is the limited-edition chocolate-filled beignets, with a national rollout soon to follow. Voodoo Doughnuts, headquartered in Portland, Ore., has generated a loyal following at its 10 locations with innovative items like a spin on the classic Italian cannoli; here, flavors of the individual cannolo include pumpkin cream cheese and cherry bomb, made with cherry pie filling.

Sugar Factory American Bistro claims to make the world a sweeter place at its 14 domestic stores and delivers on the promise with a line of Insane Milkshakes with varieties like the Giggles Snickers Milkshake, bacon cheeseburger milkshake and campfire spiked s’mores milkshake. Other extravagances include fried Oreo cookies concocted from pancake-battered cookies and fried ice cream, and the Strawberry Cheesecake Overload Sundae.

Diners can start their day with a real sugar rush at Atlanta’s Sublime Doughnuts, which lives up to its name with features like the white chocolate peach fritter doughnut or the five-pointed Orange Dream Star Doughnut.

The bread pudding French toast at independent bar Peached in Austin, Tx., goes uptown with strawberry yuzu sauce and Grand Marnier whipped cream. Patrons in search of a happy ending here can finish their brunch with a Peach Cobbler Milky Ice that combines brioche bread pudding and peach ice cream with maple syrup and berries, all of which is served over Korean-style shaved ice with a creamy snowflake texture.