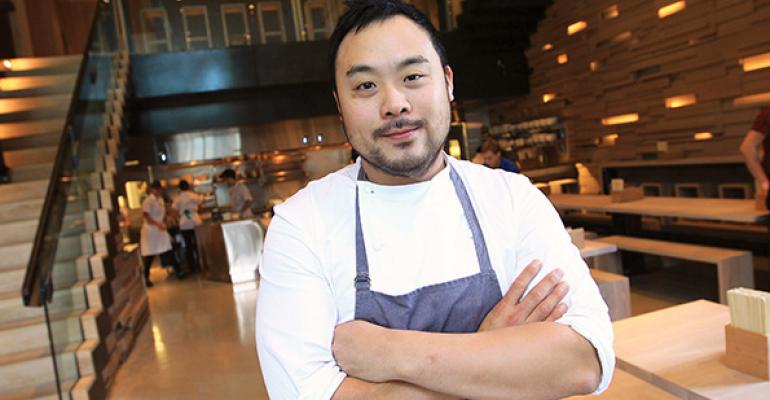 Ando to debut this spring as “Momofuku at home” in New York City, Fast Company reports

David Chang, founder of the New York-based Momofuku group, has revealed plans for a new meal delivery service to launch this spring.

The smartphone app for Ando, which is named for instant ramen Nissin Food Products Co. founder Momofuku Ando, is being designed by Expa, which will also oversee logistics. UberRush will manage actual food delivery, Fast Company reported. Emailed questions to the company had not been returned by press time.

"We have a pretty big vision for it," Expa partner Hooman Radfar, Chang’s co-founder on the project, told the magazine. "But our focus is very much delivery to delivery, meal to meal, neighborhood to neighborhood, until we get it right. We want to make this feel great — like Momofuku at home."

Fast Company noted that Ando’s rollout might be complicated by Chang’s earlier — and continued — investment in Maple, a year-old meal delivery service in New York. It offers $12 lunches and $15 dinners below 42nd Street in Manhattan.

Based in an industrial kitchen in a Midtown Manhattan basement, Ando has tested such delivery items as a tofu bowl, grilled chicken and cheesesteaks. The menu will be overseen by chef JJ Basil.

Chang, who was named to NRN’s 2016 Power List, is known for his Momofuku Noodle Bar and other enterprises, including the restaurants Momofuku Ssäm Bar and Momofuku Ko, and the magazine Lucky Peach.

Chang also has multiple Milk Bar dessert shops in New York and Toronto, two Fuku locations, and a bar called Booker and Dax in New York, SeiÅbo in Sydney, Australia, CC/DC in Washington, D.C., and a noodle bar along with Nikai, Daisho and Shoto in Toronto.

Last June, he entered the fast-casual segment with Fuku in New York City, a lunch-only restaurant selling a fried chicken sandwich, a salad and fries.