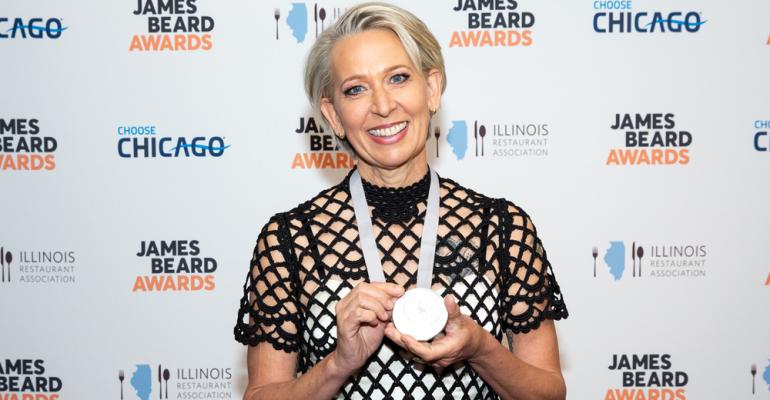 Prune restaurant owners say they will take over The Spotted Pig

Disgraced owner Ken Friedman, however, has not confirmed reports

The co-owners of the celebrated Manhattan restaurant Prune say they are pursuing a partnership with Ken Friedman over the now infamous restaurant The Spotted Pig, according to a report in The New York Times.

Friedman, who faces multiple accusations of sexual harassment and misconduct, earlier this month split from former partner April Bloomfield. After the split, The Spotted Pig in New York,  where both Friedman and investor Mario Batali are alleged to have harassed a number of women, remained in Friedman’s hands.

In an interview with The New York Times, Gabrielle Hamilton said she doesn’t have a deal with Friedman about the restaurant, but she said, “we’re going to make one. We’re going to be chef-owners. We’re going to run the Pig.”

Neither Hamilton nor Friedman responded to press requests about the report.

Hamilton was named Outstanding Chef by the James Beard Foundation earlier this year. She and Ashley Merriman, who are married, run Prune together as co-chefs. The same would be true if the two become involved with The Spotted Pig, she said.

“Everyone gets so excited when José Andrés goes into these natural disasters and helps people,” Hamilton told the Times, referring to Andrés’ work feeding people in Puerto Rico and other disaster-stricken regions.  “They ought to be happy that these two women are going into a man-made disaster to help make things right.”

Women who accused Friedman of harassment in the New York Times report last year said they were shocked that Hamilton would align herself with a sexual harasser and help bail Friedman out.

But Anne Quatrano, an Atlanta chef who chaired the James Beard award committee, told the Times that if anyone can turn around the situation for the restaurant, it will be Hamilton.

“Sometimes you have to be in bed with the devil to control him,” Quatrano said.