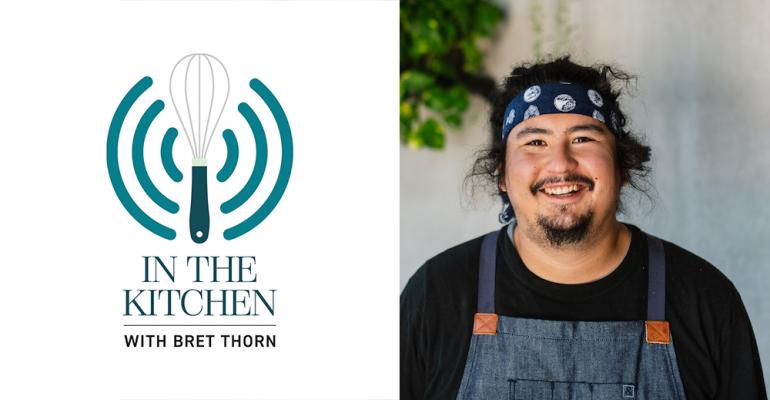 Nick Bognar chef/owner of Indo, Nippon Tei and Ramen Tei in St. Louis speaks about fish in this week's episode of In the Kitchen with Bret Thorn.
Menu>Chef Insights

Nick Bognar of Indo restaurant in St. Louis shares his approach to fish and lamb

Before the COVID-19 pandemic shifted everything that restaurants are doing, I had a great conversation with Nick Bognar about his restaurants, Indo, Nippon Tei and Ramen Tei, all in the St. Louis area.

The chef had already won many local accolades, as well as being named a semifinalist for the James Beard Foundation Award for Rising Star chef, which goes to a chef aged 30 or younger. Then in May he was named one of Food & Wine magazine’s ten “Best New Chefs.”

Bognar and I mostly discussed Indo, a restaurant that he opened last year in which he leveraged his ten years of experience as a sushi chef — in St. Louis as well as in Cincinnati and Austin, Texas — as well has his own Thai heritage. The result is a restaurant that offers a curated selection of raw fish preparations as well as Bognar’s own take on Thai cuisine.

“What I try to do to make it work is to get people to think less about regionality and more about just trying a bunch of stuff … and to think about me as a person and me as a chef. ’Cause selfishly the place is really just about me cooking what I want to,” he said.

In this podcast Bognar also talks about working for his own family, which he does at Nippon Tei and Ramen Tei, and the St. Louis dining scene while also discussing the nitty-gritty of aging fish, as well as why Bognar thinks Thai flavors go so well with lamb.

In the Kitchen with Bret Thorn · Nick Bognar of Indo restaurant in St. Louis shares his approach to fish and lamb