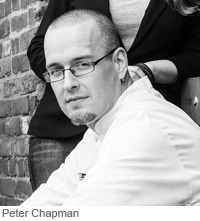 Peter Chapman has been named executive chef at The Pearl, the first new concept in five years from Columbus, Ohio-based Cameron Mitchell Restaurants. The gastropub is slated to open in February 2013.

Most recently, Chapman was executive chef of Martini Modern Italian, another Cameron Mitchell Concept. Both restaurants are in Columbus’s Short North Arts District.

Miles Vaden is the new executive chef of Nage Bistro in Washington, D.C., where he is reinterpreting French and Mediterranean dishes with preparations such as seared scallops with Carolina stone-ground grits, bacon and caramelized onion Brussels sprouts. 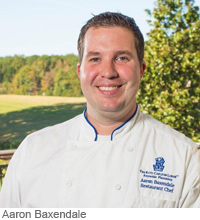 Aaron Baxendale is the new executive chef at Linger Longer Steakhouse at The Ritz-Carlton Lodge, Reynolds Plantation in Greensboro, Ga. Originally from Cleveland, Baxendale has an associate’s degree from Pennsylvania Culinary Institute in Pittsburgh. Most recently, he was the executive chef of Old Hickory Steakhouse at the Gaylord National hotel in Washington, D.C. 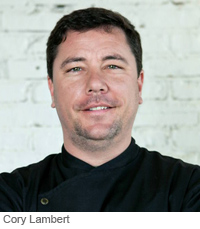 Cory Lambert has been named executive chef of Swine Southern Table & Bar, which is scheduled to open in Coral Gables, Fla., in early 2013. Most recently the executive chef of Trummer's on Main in Clifton, Va., Lambert is planning to serve his own take on Southern classics, such as bourbon-and-molasses-cured pork jowls, smoked Berkshire spare ribs with a Carolina mop sauce, and black bean sauce-rubbed Ossabaw chop. 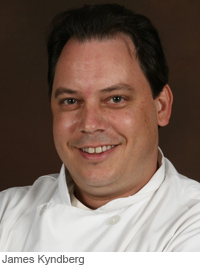 James Kyndberg is the new executive chef at FireLake Grill House & Cocktail Bar in Minneapolis, where he is serving dishes such as mesquite-grilled striped bass that is farm-raised in Iowa, locally raised rotisserie half ducklings, and a house-cured lamb pastrami melt.

Most recently chef and culinary director of Crave restaurant, also in Minneapolis, Kyndberg received his early culinary training at age 18 as apprentice to chef Friedman Paul “Tell” Erhardt, an early celebrity chef who reportedly was the inspiration for the Swedish Chef on The Muppet Show. 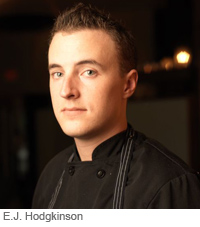 A native of Placerville, Calif., and an avid forager, Hodgkinson obtained a culinary degree from the Texas Culinary Academy, a Le Cordon Bleu school, in 2007.

A native of Jamshedpur, India, Ahuja attended school in Calcutta and graduated with a degree in hotel management in 1969.

Ted Pryor is the new chef at The Sea Fire Grill in New York. Most recently the executive chef of Michal Jordan’s The Steakhouse, also in New York, Pryor, an avid fisherman, is excited to put his life-long love of seafood to work. 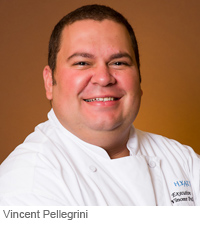 His career highlights include preparing the menu at the Fifth Summit of the Americas in Trinidad and Tobago in 2009, which was attended by 34 presidents and prime ministers.

Zachary Ladwig has been promoted from chef de cuisine to executive chef at The Inn at Dos Brisas, a Relais & Chateaux resort in Washington, Texas, where he is serving dishes such as Barbary duck with sunchokes and their sprouts; barley stew and macerated prunes; and roasted monkfish liver with matsutake mushrooms, pine and green apple.

Prior to his arrival at The Inn at Dos Brisas, Ladwig was executive sous chef at The Garden of the Gods Club in Colorado Springs, Colo. 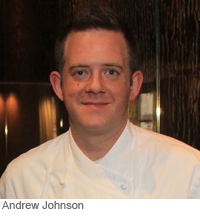 Andrew Johnson has been promoted from pastry sous chef to executive pastry chef of the Waldorf Astoria Chicago, overseeing all pastry operations at the hotel, including in-room dining, catering, events and Balsan restaurant. He received his culinary education at the Illinois Institute of Art in Chicago.