Chris Bertke is the new executive chef of Native Foods, a vegan fast-casual chain based in Chicago. Bertke opened his own vegan restaurant, Utah Station, in his hometown of St. Louis in 2019. He went on to open vegan meat substitute shop called Vegan Deli and Butcher in St. Charles, Mo., the following year before joining Native Foods.

Tomas Chavarria is the new chef of King & Rye in Alexandria, Va. Originally from Costa Rica, Chavarria has been working in restaurants since he was 16 and has held culinary leadership positions at the Marriott Cancun Resort, JW Marriott Cancun Resort & Spa and Le Meridien Mexico City, all in Mexico, and most recently was head chef of Crimson Resort and Spa Boracay in the Philippines.

Paul Chung has been promoted to culinary director of Saison Hospitality, overseeing Saison and Angler restaurants in San Francisco as well as Angler in Los Angeles. He has worked for the company since 2016 and oversaw the openings of both Angler locations. Previously he worked for Michael Mina’s Mina Group, overseeing the launch of more than a dozen restaurants during his tenure there.

Terrence Doyal is the new executive chef at The Tides Inn in Irvington, Va. He joined the property in summer of 2021 as part of a three-month taskforce as chef de cuisine and has since been promoted. Most recently he was executive chef of the Doubletree by Hilton hotel in Williamsburg, Va., and before that he worked at the Williamsburg Inn in Colonial Williamsburg, Va.

Joey Fecci has been promoted to chef de cuisine from head sous chef of Yolan, Tony Mantuano’s Italian restaurant in Nashville, where he has worked since it opened in August of 2020. Fecci graduated from The Culinary Institute of America in Hyde Park, N.Y., externing at Aureole in New York City. He also worked at Per Se, also in New York, and with Mantuano at Spiaggia in Chicago.

Quentin Garcia is executive chef of Rainbird restaurant at El Capitan Hotel in Merced, Calif. After working at Dragsholm Slot castle in Hørve, Denmark, under Claus Henrikson, Garcia went on to work at The Restaurant at Meadowood in St. Helena, Calif., followed by holding the executive chef position of Blue Note in Napa before joining Rainbird.

James Kerwin is the new executive chef of Conrad Washington, D.C., hotel, overseeing all culinary operations at the property. He most recently worked as a consultant and prior to that was executive chef of Little Fib restaurant at the Renaissance Hotel in Nashville.

Kyle Kingrey is the new executive chef of Rusty Pelican Miami. Most recently he was director of operations and corporate executive chef of Todd English Enterprises. The New York City native also has worked in Beaver Creek, Colo., Asheville, N.C, Toronto the island of St. Croix in the U.S. Virgin Islands and in Turks & Caicos, as well as his hometown where he helped build the menu for Beauty & Essex. He went on to oversee the opening of Beauty & Essex in Las Vegas and Los Angeles before joining Todd English.

Alberto Marcolongo has rejoined Benoit, Alain Ducasse’s Midtown Manhattan bistro, as executive chef. He first joined Ducasse’s group in 2011 at the Hôtel de Paris in Monaco and then worked at the Hôtel Plaza Athénée in Paris. He went on to work at restaurants in London, Singapore and his native Italy before joining Benoit as sous chef in 2019. He then left to work at Ducasse sur Seine and Cucina Mutualité, both Ducasse restaurants, in Paris, before returning to New York City and his current position.

Fernando Marulanda is the new chef at La Goulue in Palm Beach, Fla. He began his professional career in New York City at Thomas Keller’s Per Se and Bouchon Bakery before becoming executive chef at Alouette French Bistro, also in New York. Most recently he spent five years as executive chef of Charlie Palmer Steak.

Ria Montes is the new chef de cuisine of Estuary at the Conrad Washington, D.C., hotel. Most recently she was senior sous chef at No Goodbyes restaurant in D.C., and previously worked at Blue Duck Tavern and A Rake’s Progress.

Olivier Palazzo is the new chef of Foragers Table in New York City. He went to culinary school at L’Ecole de Cuisine a Toulouse in France and worked in Paris at restaurants including Le Quinzième, Aux Prés Cyril Lingac and Le Chardenoux. Most recently he has been working as a private chef.

Hieu Phan is the new executive sushi chef of the Nobu Hotel in Palo Alto, Calif. Previously he was at the Nobu in Las Vegas, Sushi House Goyemon, also in Las Vegas, as well as Sapporo Grill and Tamaya Sushi Bar & Grill, both in Sacramento, Calif.

Alexandre Petard, most recently executive chef of BLT Steak Waikiki in Honolulu, Hawaii, is now executive chef of the ’Alohilani Resort Waikiki Beach, also in Honolulu. His experience over the past 30 years has included stints at New York City restaurants Jean-Georges, Brasserie Les Halles and Brasserie Beaubourg as well as time cooking in and managing restaurants in France and the United Kingdom.

Katie Reicher is the executive chef of Greens Restaurant, a 43-year-old vegetarian restaurant in San Francisco. Originally from upstate New York, she studied at The Culinary Institute of America in Hyde Park, N.Y., and interned at Greens, where she has been working ever since. She was promoted to executive chef in June of 2020 but the restaurant delayed the announcement as the pandemic progressed.

Fabio Salvatore is the new executive chef of The Jefferson hotel in Washington, D.C., overseeing all operations, including The Greenhouse and Quill Bar & Lounge. Originally from Italy’s Adriatic coast, Salvatore studied cooking and hotel management at the Instituto Professionale Alberghiero di Pescara in the Italian region of Abruzzo and worked in Italy at restaurants including Ristorante Tenda Verde and Lucio Antonietti at Hotel Atlantic in Riccione.

He moved to the D.C. area as the opening executive chef of Ristorante Terrazza in Chevy Chase, Md., where he spent six years before moving on to Café Milano in D.C. , and Café  Cinema at the Italian Embassy. He then worked at Sette Osteria as executive chef and partner and,, most recently, was executive sous chef of the Hyatt Regency Washington on Capitol Hill.

Sean Tew is the new senior sous chef at Estuary at the Conrad Washington, D.C., hotel. Born and raised in northern Virginia, he began cooking eight years ago after working in construction and masonry. Most recently he was at Rooster and Owl restaurant as well as No Goodbyes, both also in Washington.

Ziya Turgut is the new executive chef and director of food & beverage at the Hyatt Place New York Chelsea in New York City. He grew up in Istanbul, Turkey, helping his father who ran Grand Bazaar restaurant. He then studied hospitality at Marmara University in Istanbul and began working his way up in foodservice, holding leadership positions at the Hilton New York Fashion District, the Hyatt Herald Square New York, The Benjamin Hotel and The Williamsburg Hotel, all

In New York City, as well as at the Delano South Beach in Miami Beach, Fla. Most recently he oversaw the reopening of food & beverage operations at The Gansevoort Meatpacking NYC.

Sam Walter is the new chef de cuisine of wood.ash.rye restaurant at The Advenire hotel in St. George, Utah. Before moving to Utah he had more than 15 years of experience in the Austin, Texas, dining scene, but most recently he was corporate development chef for Clark Cooper Concepts in Houston. 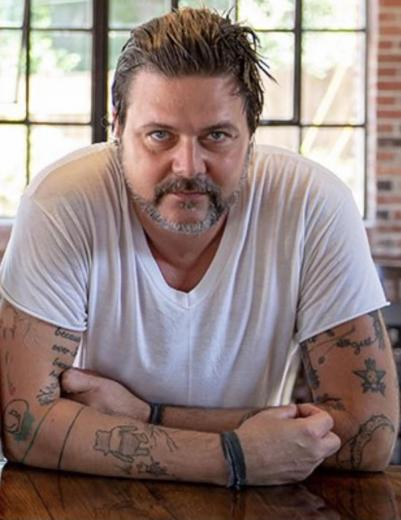