Elenor Apolonio-Frantz is pastry chef at the Hay-Adams hotel in Washington, D.C. Originally from Manila in the Philippines, she worked for the United States State Department with postings in Germany, Italy and Serbia. A transfer to Vietnam and travel in the area inspired her to pursue cooking, and she moved to Washington in 2009 and began working at Buddha Bar while studying culinary arts at The Arts Institute of Washington in Arlington, Va. She went on to work as a pastry cook at Zentan and then Plume before joining the Hay-Adams.

Jacopo Beni has been promoted to chef de cuisine from sous chef of the Hay-Adams hotel in Washington, D.C. A native of Florence, Italy, he started working in accounting and human resources for UNA Hotels & Resorts in his hometown before traveling the world, getting jobs cooking and then returning to Italy to get a diploma in culinary arts from the International School of Italian Cuisine in Parma. He later worked at La Peca in Vicenza, Italy, and then moved to New York City and worked as chef de partie for A Voce. He then was sous chef at Giovanni Rana, also in New York, before joining the Hay-Adams.

Kevin D’Andréa is the new executive chef of La Villa in Houston, formerly known as La Villa Saint-Tropez. Originally from Oloron-Sainte-Marie in southwestern France, D’Andréa started his career working under Alain Llorca in Juan Les Pins at the Hôtel Belle Rives. He then moved to Paris and worked first at the Plaza Athénée and then Le Meurice. He was a finalist on Top Chef France in 2015 and then opened his own restaurant, Mensae, in Paris. During that time he married an American and decided to move to the United States and met the owners of La Villa.

Dan Herman has been promoted to executive chef from sous chef of Walt Disney World Swan and Dolphin Resort in Lake Buena Vista, Fla. He started at the property in 1999 and has been working there ever since, including overseeing the opening of Il Mulino and Bluezoo restaurants. He has a degree in foodservice management from Radford University in Radford, Va.

Rich Lee will replace Michael Regua as executive chef of Antoine’s in New Orleans, a position Regua has held for the past 47 years. Regua will assist in the transition until he retires later this year. Originally from Charlotte, N.C., Lee served in the United States Coast Guard in Panama City, Fla., and after his time in the service started cooking in local kitchens. He went on to work as an executive steward for the U.S. Merchant Marines as the solo cook on his ship. Back on land, he worked cooking in many restaurants on the Florida Panhandle, and then spent 12 years in front-of-the-house managerial positions in the Carolinas. He came to New Orleans as a chef and trainer for Sodexo’s corporate division, where he worked for seven years.

Aaron Martinez is executive chef of Elaia in St. Louis. A native of southern California, Martinez worked at Addison at The Grand Del Mar in San Diego under William Bradley, whom he considers his mentor. He then worked at In de Wulf in Dranouter, Belgium, before returning to California where he was chef de cuisine at Quince and Commis, both in San Francisco. Before joining Elaia, he was a research & development chef for Chicago-based Lettuce Entertain You Enterprises.

Angus McIntosh has been named executive chef at The Farm at Brush Creek in Saratoga, Wyo., which is slated to open in June. McIntosh, a graduate of The Culinary Institute of America in Hyde Park, N.Y., comes from The Stanley Hotel in Estes Park, Colo., where he was executive sous chef.

Danielle Marelli has been promoted to pastry chef at Travelle at The Langham in Chicago, where she has worked since 2014, starting as pastry chef de partie. She started her career as an intern at The French Pastry School in Chicago and earned a certificate in pastry arts there in 2012 before moving to Dana Point, Calif., to work as a pastry chef at the St. Regis Monarch Beach.

David Mangual has been named corporate executive chef of Las Vegas-based Hospitality Boulevard, which manages restaurants, bars, lounges and nightclubs. A graduate in culinary arts from the College of Southern Nevada, Mangual has been working in hospitality since he started as a cook at Shoney’s at Caesars Palace at the age of 14. Since then he has worked at such Las Vegas restaurants as Melange French Bistro, Double Barrel Roadhouse and the bakery at Vdara Hotel & Spa. He was executive chef of Renoir by Chef Alex Stratta, Osteria del Circo, Le Cirque, Hyde Nightclub and Lounge, Hyde at T-Mobile Arena and Sensi at Bellagio Hotel and Casino.

Brandon Moore has been promoted to executive chef from sous chef of Ocean Prime’s Dallas location, replacing Sonny Pache, who has returned to Columbus, Ohio, to develop a new concept for Cameron Mitchell Restaurants, Ocean Prime’s parent company. Moore is a native of Troy, Mich., where he started cooking at a young age and received a degree in culinary arts from the Culinary Studies Institute in Farmington Hills, Mich. He worked at several Michigan restaurants before moving to Dallas.

Peter O’Brien is executive chef at the Rosewood Inn of the Anasazi in Santa Fe, N.M. Most recently he was chef and owner of his own consulting and catering company, High Mountain Cuisine. Before that, he was vice president of operations at Tinsley Hospitality Group, overseeing operations for K-Bob’s steakhouse locations in New Mexico.

Frank D. Paris III is the new executive chef of Hotel Weyanoke in Farmville, Va. Past experience includes work at The Greenbrier in White Sulphur Springs, W. Va., the Primland Resort in Meadows of Dan, Va., and the Washington Duke Inn in Durham, N.C.

Emily Phillips has been promoted to executive chef from sous chef of Vivere in Chicago. She received a Bachelor of Science degree in culinary arts from Johnson & Wales University in Providence, R.I.

Tyler Riddle is the new director of culinary for casual-dining chain Buffalo Wild Wings. Most recently he was director of international culinary for Topgolf International, based in Dallas. His new job is located in Atlanta, headquarters of Buffalo Wild Wings parent company Inspire Brands. Riddle’s previous positions include senior manager of product insights & culinary for Saputo Dairy Foods and corporate chef of PurFoods as well as working on the manufacturing side of Dickey’s Barbecue Restaurants.

Eric Roberts is executive chef of Lure in Atlanta, a property of Fifth Group Restaurants. He got his start as a dishwasher in his hometown of Rome, Ga., and worked his way up the ranks, eventually studying culinary arts at the Art Institute of Atlanta while working for Buckhead Life Restaurant Group. He went on to be chef de cuisine of Tomas Restaurant in Norcross, Ga., and then executive chef of Park Café in Duluth, Ga. Most recently he was executive chef of The Iberian Pig in Decatur, Ga.

Corbett Rourk is executive chef of The Cliffs at Glassy in Travelers Rest, S.C. A native of Charleston, S.C., Rourk is a graduate of the Greenbrier Culinary Apprentice Program in White Sulphur Springs, W. Va., and worked at that property for several years, as well as at The Landings Club in Savannah, Ga., Palmetto Hall Plantation in Hilton Head, S.C., and the Dunes Golf and Beach Club in Myrtle Beach, S.C.

Alex Sadowsky, a veteran of Front Burner Restaurants L.P., has been named executive chef of that group’s casual-dining chain Twin Peaks, which operates more than 80 locations in 26 states. A graduate of The Culinary Institute of America, Sadowsky was chef de cuisine of Whiskey Cake, another Front Burner concept, in Plano, Texas, before becoming interim regional chef for the group and finally taking the helm at Twin Peaks’ kitchens. 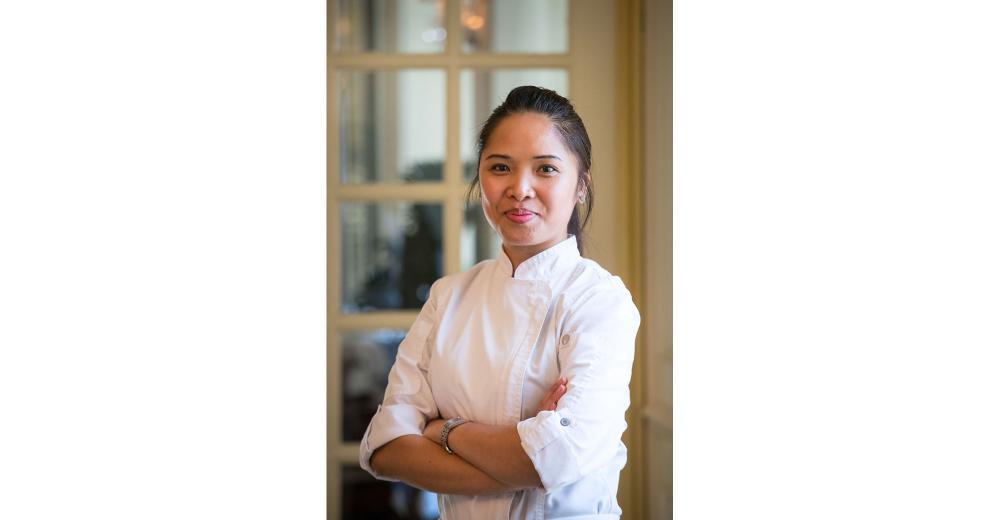 Next Up
Chefs on the Move continued: New cooking jobs at professional kitchens in restaurants, hotels and culinary schools across the country
Start Slideshow ›