Jean-Claude Plihon is the director of culinary and food & beverage programs at the Park Hyatt Washington, D.C., including Blue Duck Tavern, banqueting and room service. Originally from the French region of Brittany, Plihon most recently spent 10 years as executive chef of the Grand Hyatt DFW in Dallas. Before that he worked for Fairmont Hotels of 12 years.

She graduated from the Culinary Institute of Charleston in Charleston, S.C., and after that worked at Obstinate Daughter on Sullivan’s Island in S.C. and at Little St. Simon’s Island, a private resort in Georgia. Most recently she was executive sous chef at Camden Harbour Inn in Camden, Maine.

Juan Rivera is the corporate chef of Southern Proper Hospitality in Atlanta, which includes The Southern Gentleman, Gypsy Kitchen, The Big Ketch Saltwater Grill, The Blind Pig Parlour Bar, Milton’s Cuisine & Cocktails and Ocean & Acre. Most recently he spent two years as senior executive chef of the Barcelona Wine Bar chain, and before that he was corporate chef trainer for the Richard Sandoval Restaurant Group.

Ashley Robinson is the head chef of The Bakery & Café at Fat Rice in Chicago. A graduate in government studies from Harvard University in Cambridge, Mass., Robinson developed an interest in baking at the campus cooperative house where she enjoyed baking bread. She then baked on a ranch in Colorado, followed by work in bakeries in Idaho, Massachusetts and New York before moving to Chicago to be pastry cook at Japonais by Morimoto. After traveling the world, she came back to Chicago and was pastry sous chef at Spiaggia, and then was sous chef at Spinning J. Bakery before joining the Fat Rice team.

Marc Rosen is executive chef of the Palm Beach Marriott Singer Island Beach Resort & Spa on that island’s Rivera Beach. Rosen started his career at the Russian Tea Room in New York City in 1987. He spent three years as corporate chef for La Strada Corporation in Chicago, followed by 11 years in New England working at restaurants including the Renaissance Boston Patriot Place Hotel, Bar Louie Tavern & Grill and the Providence Hilton. In Florida he has been executive chef of PGA National Resort & Spa in Palm Beach Gardens and Disney’s Vero Beach Resort.

A native of Brooklyn, N.Y. and graduate of The Art Institute of New York City, Samayoa got his start in 2002 as chef do partie at WD-50 in New York City. He went on to be sous chef of Txikito and then chef de cuisine of Empellón Taqueria, followed by La Esquina and El Vez, all in New York. His first executive chef position was at Tocolo Cantina in Garden City, N.Y. He moved to Washington, D.C., in 2015 to be the opening executive chef of Espita Mezcaleria. He went on to work for Mike Isabella Concepts and most recently was executive chef of RJS Companies, overseeing foodservice operations for Takoda and Cortez.

Dylan Sambalino has been promoted to chef de cuisine from sous chef of Hearthside in Collingswood, N.J. The south Jersey native studied cooking at Johnson Wales University in Denver and then worked his way up from prep cook to sous chef at Trattoria Stella in Denver. He then went on to work as a line cook at Populist in Denver before moving to San Francisco and working on the line at Range and Al’s Place. He then moved to Philadelphia and developed butchering skills at Kensington Quarters, followed by a few months at Talula’s Table in Kennett Square, Pa. He has been at Hearthside since a few weeks before it opened around two years ago.

William Schultz is executive chef of Fairmont Chicago, Millennium Park, following two years at the Fairmont Austin, where he was senior sous chef.

Kate Sigel is executive pastry chef of the Thompson Nashville hotel, part of QED Hospitality. Shortly after graduating from the French Pastry School in her hometown of Chicago, she started working at Bistro 110 before moving to Northern Ireland for five months and then helped open Chez Moi in Chicago with Bistro 110’s former executive chef. At the same time she ran her own business, Kate’s Cakes Chicago.

In 2013 she took a job overseeing the pastry division of Rush Hospital, including in-house catering and retail.

In 2015 she became pastry director for Huxley Wallace Collective, based in Seattle, and went on to become executive pastry chef of the Thompson Seattle hotel.

David Spirito has been named senior director of culinary & foodservice for the trade association Avocados From Mexico, with responsibility for guiding strategy and execution of its foodservice department, including Tacos por fAVOr at Miami’s Hard Rock Stadium and AvoEats at the American Airlines Center in Dallas. Most recently, he was senior director for global food and beverage innovation for TGI Fridays. He also has worked as vice president of food & beverage for Logan’s Roadhouse and as corporate executive chef of LM Restaurants, based in Raleigh, N.C.

Kazushige Suzuki has been promoted to head sushi chef of Sushi Ginza Onodera in New York City. At age 30, Suzuki has been with the restaurant since it opened after working for the Onodera group in Japan, where he started working in 2013, and then at its Honolulu location for a year. Originally from Yokohama, Suzuki studied to be a sports instructor in Tokyo before deciding to pursue cooking.

Elizabeth Sweeney is executive chef of LondonHouse Chicago. After studying cooking at Western Culinary Institute in Portland, Ore., followed by study in culinary arts, nutrition and food science at the University of Nebraska-Lincoln, and then earning a master’s degree in hospitality and tourism management at Roosevelt University in Chicago, she started working in Chicago for Lettuce Entertain You Enterprise as sous chef at Café Ba Ba Reeba, followed by working as chef de cuisine at Mon Ami Gabi. She then spent ten years as an instructor at The Illinois Institute of Art, leaving after six years for some work in kitchens before returning for an additional four.

She then worked as chef de cuisine of Merriman’s Hawaii, on the island of Kauai, before returning to Chicago to work at LondonHouse.

Joseph Tiano is executive chef of the St. Regis San Francisco. He studied at the Scottsdale Culinary Institute in Scottsdale, Ariz., and then at the Italian Culinary Institute for Foreigners in Asti, Italy. He worked his way through various Ritz-Carlton properties, culminating as executive chef of the Ritz-Carlton, Bachelor Gulch in Avon, Colo. He then joined Marriott, which includes St. Regis properties, and worked for a year as a traveling executive sous chef through the company’s Operations Support Resources program before deciding to settle down at the St. Regis San Francisco.

Conrado Tromp is the executive chef of the St. Regis Bal Harbour Resort in Bal Harbour, Fla. Most recently he oversaw the culinary operations of seven restaurants at the Ritz-Carlton, Osaka in Osaka, Japan. He also has held executive chef positions at the Ritz-Carlton in Chengdu, China, the Jumeirah Messilah Beach Hotel & Spa in Kuwait and the Nam Hai, a Four Seasons resort in Hoi An, Vietnam.

Brandon Veitch has been promoted to chef de cuisine from sous chef of The Lobby restaurant at The Peninsula Chicago hotel. He has been with the Peninsula group since 2015, when he joined its property in Beverly Hills, Calif., and transferred to Chicago a year later. A native of the Chicago area, he has an associate’s degree in culinary arts in Kendall College and a bachelor’s degree in hospitality management from Roosevelt University.

Tim Vidrio has been promoted to executive chef from chef de cuisine of North Pond in Chicago, following the departure of Bruce Sherman, who had run the kitchen for 20 years. Prior to joining North Pond, which he did in early 2011, Vidrio worked at various big-name Chicagoland restaurants including Le Français, Moto and NoMi.

Eric Vollono is executive chef of Cavan in New Orleans, part of the hospitality group LeBlanc & Smith. With more than 18 years’ experience in restaurants, Vollono most recently was executive sous chef of Compère Lapin, also in New Orleans. Prior to that he worked at various restaurants in Chicago, including Band of Bohemia, Primehouse, Underbelly and Belly Q.

Daniel Williston is chef de cuisine of Portola Hotel & Spa in Monterey, Calif. Williston spent seven years working at Aubergine in Carmel by the Sea, Calif., starting as a line cook and working his way up to chef de cuisine. He then moved to Los Angeles to work as a sous chef at NoMad and then Otium before returning to the Monterey area to work at the Portola.

Ricardo Zarate has been tapped culinary partner at Mama Lion, a supper club in Los Angeles’ Koreatown best known for its bar and live music. A pioneer in Peruvian food in the United States, Zarate has been charged with developing an evolving menu of 10-15 core dishes along with weekly specials. 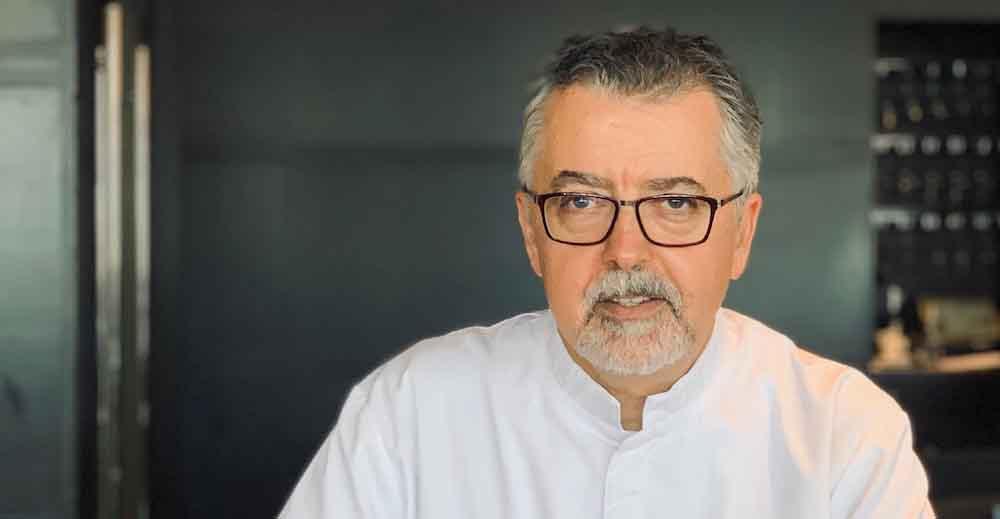 Next Up
Chefs on the Move: New culinary positions at restaurants and hotels in the United States
Start Slideshow ›