Michael Bates-Walsh is executive chef of The Copper Grouse at the Kimpton Taconic Hotel in Manchester, Vt. Most recently, he was at the Beauport Hotel in Gloucester, Mass., which he helped to open in 2016.

Erika Chan has been promoted from pastry sous chef at The Publican to executive pastry chef of The Publican Group, which includes The Publican, Publican Quality Meats, Publican Tavern and Publican Anker, all in Chicago. Chan studied nutritional sciences and dietetics at the University of California at Berkeley and also has a certificate from Massachusetts General Hospital as a registered dietitian. However, she has spent her career in pastry kitchens, including L’Espalier in Boston. She worked in the pastry kitchen of Acadia in Chicago before joining The Publican.

Joseph Elevado has been named chief culinary officer of Prep Kitchen, a four-unit chain in San Diego. Most recently, he was executive chef of Andrea’s Restaurant at the Wynn Hotel Las Vegas.

Lori Frank is executive chef for the Park Café Group, which operates Dolores Park Café, Precita Park Café and Duboce Park Café in San Francisco, as well as Paradise Park Café in Oakland, Calif. Frank started in the front of the house and learned to cook on the line, and eventually opened her own restaurant, Izzy’s, in Crested Butte, Colo. She then went to culinary school at the Institute of Culinary Education in New York City, traveled the world and opened a second restaurant, Twisted Fork, in Gunnison, Colo., before moving to the San Francisco Bay Area.

Tom Harkins has been promoted to executive chef from chef de cuisine of the Loews Philadelphia Hotel, where he has worked since 2005.

Calum Hastreiter has been promoted from culinary supervisor to chef de cuisine at the Milwaukee ChopHouse in the Hilton Milwaukee City Center. He has spent six years working in that hotel and previously was at Stonefly Brewery, a Milwaukee brewpub.

Alexander Henry is chef de cuisine at Nixta, a modern Mexican restaurant in St. Louis, where he works with chef-owner Ben Poremba. A St. Louis native, Henry spent summers with family on Mexico’s Yucatán Peninsula and he draws much of his inspiration from there. Most recently, he was chef of Vicia, and before that he worked at Gerard Craft restaurants including Brasserie by Niche and Taste, all in St. Louis.

“Top Chef” Season 10 winner Kristen Kish will be executive chef and partner in Arlo Grey, a restaurant in Austin, Texas, at the Line ATX Hotel, which is slated to open this summer. Kish studied at Le Cordon Bleu in Chicago and cooked at fine-dining restaurants in Boston, including Menton, a Barbara Lynch restaurant, where she was chef de cuisine.

Begoña Lluch is the new executive chef of Stephen and Petra Levin Tower, a senior residence of MorseLife Health system in West Palm Beach, Fla. She studied at Le Cordon Bleu Ecole de Cuisine in Paris and worked at Paris hotels including the Ritz-Carlton, The Plaza Athénée, The Bristol and the Crillon before moving to Florida.

José Martinez is executive chef of Enchantment Resort in Sedona, Ariz. He grew up in Puerto Rico where he ran his family’s seafood restaurant, Crab House, in Loiza. Most recently, he was executive chef of The Roosevelt New Orleans.

Ryan Moore is executive chef of Sababa, Ashok Bajaj’s new modern Israeli restaurant in Washington, D.C. The Washington native graduated from L’Académie de Cuisine in Bethesda, Md., and worked as sous chef of Zola in D.C., before joining José Andrés’ team at Minibar, where he spent five years before working at other Andrés restaurants. He went on to work at Rogue 24, Ris and, most recently, Bistro Provence.

Matthew Morgan has been promoted to executive chef from executive sous chef of The Beverly Hilton in Beverly Hills, Calif. Before joining the hotel, he spent six years working for Ritz-Carlton properties, most recently the Ritz-Carlton Marina del Rey.

Jessica Penner has been promoted to executive pastry chef of Epic Steak in San Francisco. A graduate in hospitality and hotel management from San Francisco State University, she trained in pastry under Paul John Padua at the Ahwahnee Hotel in Yosemite National Park. She was later in the pastry kitchen of Farallon in San Francisco before joining Epic Steak in 2014.

Jimmy Pastor has been promoted to eastern regional chef for Specialty Restaurants Corp., overseeing culinary operations at Rusty Pelican and Whiskey Joe’s on Key Biscayne, Fla., as well as the Rusty Pelican in Tampa, Fla., Boat House in Columbus, Ohio, 100th Bomb Group in Cleveland and Templeton Landing in Buffalo, N.Y. Most recently, he was executive chef of Rusty Pelican’s Key Biscayne location, and he will remain based in Miami.

Former “Chopped” champion Chris Royster has been promoted to executive chef of Flagstaff House in Boulder, Colo., where he started working as sous chef in 2011 and became chef de cuisine shortly thereafter. Raised in Hyde Park, N.Y., he has worked at several Denver-area restaurants including The Huckleberry, Zucca and Three Leaf Concepts, as well as Red Rocks Park and Amphitheatre.

Phil Rubino is chef de cuisine of Jane Q in Los Angeles. The Chicago native worked in his family’s bakery before going to culinary school and cooking his way through that city, with stints at Bin 36, Spiaggia, A Mano, L20, Bin Wine Café, Café des Architects and Acadia before becoming executive chef of Moderno.

Amanda Shepard has been promoted to pastry chef at Lula Cafe in Chicago, where she started several years ago as a pastry assistant.

Robert Sisca, who was opening chef of Bistro du Midi in Boston, has returned as executive chef and partner of the restaurant, which is now under new management with Himmel Hospitality Group. HHG has been a minority owner since the restaurant opened in 2009, and also operates Grill 23 & Bar and Post 390 in Boston and Harvest in Cambridge, Mass. Before moving to the Boston area, Sisca was sous chef at Le Bernardin in New York City. He left Bistro du Midi two years ago to work on other projects, including Garde East on Martha’s Vineyard.

Brandon Sloan has been promoted to chef de cuisine from sous chef of Provisional Kitchen, Café & Mercantile at the Pendry San Diego hotel. Before that, he was chef de cuisine for two years at Double Standard Kitchenetta, also in San Diego.

Kris Tominaga is the executive chef of Manuela in Los Angeles. The California native was most recently group executive chef of Paligroup, a company based in West Hollywood, Calif., that operates hotels and residences. He also opened Cadet in Santa Monica, Calif.

Adriana Urbina, who was a winner of the Food Network competition show “Chopped,” is now the chef of De Maria in New York City. Recent stints included cooking at Rouge Tomate and Atera, both also in New York City.

Nick Wong will be the chef de cuisine of UB Preserve in Houston, which chef-owner Chris Shepard hopes to open any day now. An alumnus of David Chang’s Momofuku restaurants in New York City, Wong attended the International Culinary Center in New York City before cooking at both Momofuku Ko and Momofuku Ssam Bar. He later worked at Gramercy Tavern before moving to California to cook at Incanto in San Francisco. He returned to Ssam Bar in 2013 as sous chef and was promoted to chef de cuisine a year later. 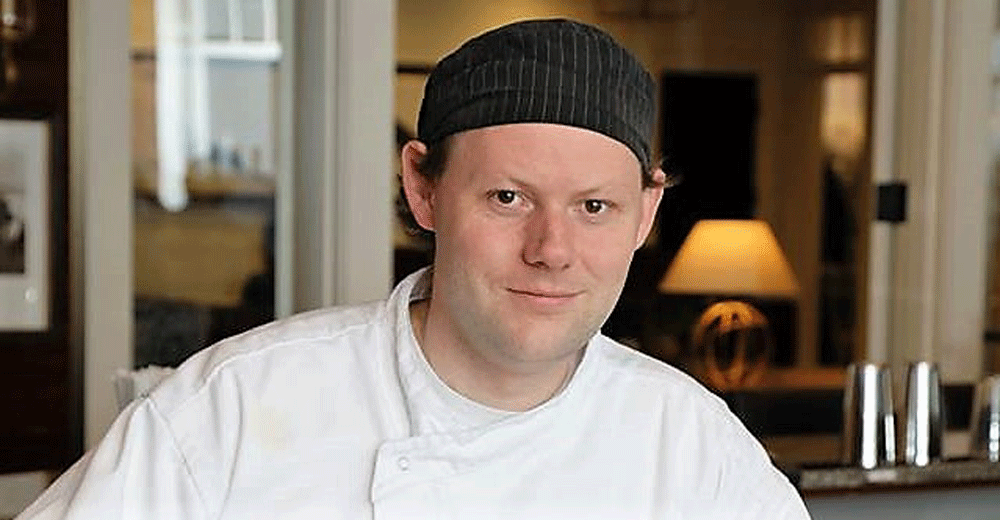