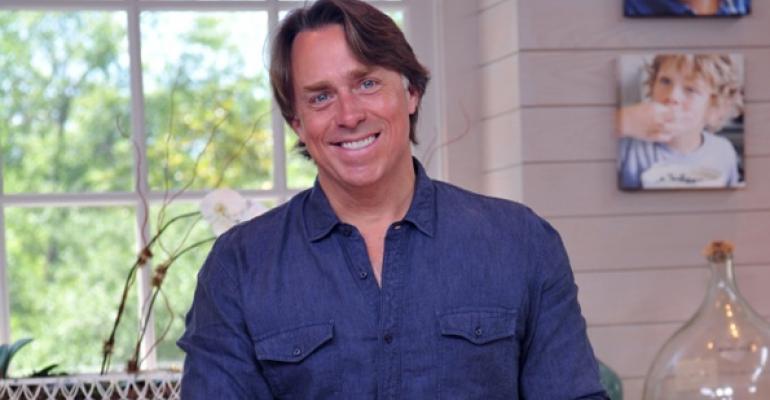 His latest book looks at relationships between mentors, mentees

John Besh has spent the past dozen years celebrating the cuisine of Louisiana and nurturing the creative talents of those around him.

The former Marine — he helped liberate Kuwait International Airport during the first Gulf War in 1991 — has won most of the awards available to him, starting in 1999, when Food & Wine magazine named him one of the country’s best new chefs, when he was at the now-shuttered Artesia in Abita Springs, La.

In 2001, Besh opened his own fine-dining restaurant, August, in New Orleans. In 2006, he won the James Beard Foundation award for best chef in the Southeast. A year later, August was inducted into Nation’s Restaurant News’ Fine Dining Hall of Fame. He now has nine restaurants to his name, cooks regularly on national morning television shows and cooking competitions, and is the author of three cookbooks.

Besh’s most recent book, Cooking from the Heart: My Favorite Lessons Learned Along the Way, was released by Andrews McMeel Publishing in last month. He recently discussed the book with Nation’s Restaurant News.

Your latest book discusses the importance of mentorship, which requires the generosity of a mentor to share knowledge and the open-mindedness of the mentee. How do you approach chefs to ask them to share their knowledge?

This is more or less a non-verbal negotiation. The chef senses in a young cook the passion to learn after the cook has already proven they have a work ethic and curiosity that might allow them to grow and flourish. So it’s a two-way street.

Are you still looking for mentors? What would you like to learn from them?

I still want to learn. And I love the idea of sharing ideas. Mentors can take the form of many shapes and sizes, and ages for that matter. Just the other day I stopped in for a bite at Ba Mien in New Orleans East, where the chef and owner, Mai [Nguyen], led me into her kitchen to teach me how to make bánh cuốn [steamed rice rolls]. That was an act of mentorship.

What do you think is the most challenging aspect of being a mentor?

It’s challenging to always give of yourself and surrender to someone else, hoping that they will take a lesson, a recipe or even a philosophy, honor it and pass it on to the next one.

What advice do you have for chain restaurant operators to make the best food possible?

Remove the words ‘cover’ and ‘revenue’ from your lexicon and replace it with ‘people.’ Start thinking of each cover as a person and it becomes personal.

If you could impart one piece of knowledge to every aspiring chef in the world, what would it be?

Dedicate 10 solid years to learning and perfecting your craft while working for three mentors that you would like to emulate both in and out of the kitchen. That’s the foundation.

Do you have plans for more restaurants, and if so, what are they?