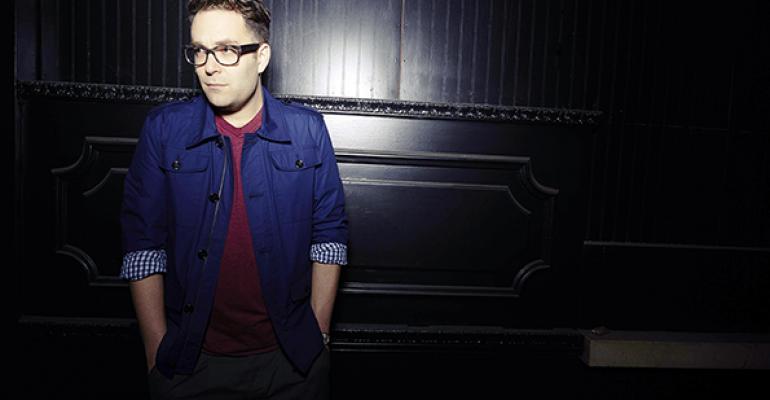 Ilan Hall is now practically a veteran in the celebrity chef world.

The Great Neck, N.Y., native and Culinary Institute of America graduate won the second season of Bravo TV’s "Top Chef" in early 2007, when he was a line cook at Casa Mono in New York City, one of Mario Batali and Joe Bastianich’s restaurants.

Since then he has opened his own restaurants and started his own reality TV show. The restaurants, called The Gorbals, loosely reflect his own Scottish-Jewish heritage and opened its first location in downtown Los Angeles in late 2009. The second opened two weeks ago in the hip Brooklyn, N.Y., neighborhood of Williamsburg.

The reality show, "Knife Fight," has completed its first 18-show season and is now in the middle of its second season of 24 episodes on the Esquire network.

He recently discussed both his restaurants and his TV career with Nation’s Restaurant News.

We’ve had actual customers, which is always a positive. I’m really, really happy with what we’re doing right now. There are always some growing pains when you first start, and we’re in the middle of them. I’ll let you know how we’re doing in a month.”

How do you describe your food?

I was trying to think of something clever, but I don’t know. I try to make food that's fun for me and that I crave — like beef tongue, rabbit, and peas — and I try to make it as delicious as possible, as well as I can.

We started [in Los Angeles] loosely based on my fridge growing up, but I’m one of those people who likes to change every day, and it’s hard to run a business like that.

How do you find the balance between wanting to be constantly creative and running a business?

I’ll let you know when I find it. My extreme A.D.D. [attention deficit disorder] has sort of taken a role in making that happen, but it doesn’t work so well for my stress levels. I try to keep things creative and fun for me and I hope that translates into the food and guests’ experiences.

Is the food at your New York restaurant very different from the one in Los Angeles?

The bánh mì poutine and bacon-wrapped matzoh balls are the same, but the rest of it’s all new. We have a steamed rabbit dish that I really, really like and a pea dish that I love.

Can you walk me through them?

The rabbit is slowly braised with ginger that we burn on the wood- fired grill and then slice — I learned that from my favorite blog, ideas in food.  Then I finish it on the grill.

I serve it with three cherry preparations; cherries that are pickled, raw cherries and a cherry mustard — similarish to a mostardo, but it’s a purée. Then I finish it with mustard oil, so it’s pungent. I want things to be simple, but prepared in an interesting way. That’s what I like to eat, and going to a restaurant you want something that’s taken a bit more to get where it is on a plate.

The pea dish is a similar thing, taking one type of ingredient and exploiting it for all it’s worth. It’s grilled snow peas, pickled English peas, purée of English pea and white miso, pea tendrils and compressed sugar snap peas. They all have similar flavor profiles, but by preparing them in a slightly different way you get different things from each of them.

Tell me about the compressed snap peas.

We get a HAACP-certified person to pressurize it and we purchase it from them. They put them with simple syrup and pressurize them. It’s a way to sort of cook something without really cooking it; by putting it under pressure you’re breaking down the cells while still keeping the pea flavor very fresh, and the simple syrup goes with the sweetness of the peas itself.

Where did you get the idea for your TV show, "Knife Fight?"

We were already doing cooking competitions in LA just for fun, starting out with line cooks, and then local chefs hanging out, having drinks saying, “I bet you can’t cook something awesome with that” — it was something like a bareknuckled Iron Chef. A friend of a friend came into the restaurant and was looking for new ideas for a show. I said, “Well, we do this thing. Maybe you could film some of it.”

So it started from something that you guys were actually doing anyway?

Yes. It just happened, and Esquire network picked up the idea which started as 10 episodes and turned into 18 episodes and then was turned it into another 24 episodes. They liked the actual reality of it in a reality show.

Jacques Pépin recently wrote a blog entry about the disconnect between the confrontational nature of cooking competition shows and the collaborative nature necessary to run a professional kitchen. How do you reconcile the difference between them?

I don’t agree with Mr. Pépin completely. I think there are competitive aspects to working in a kitchen and I think that drives some cooks to improve. I would try to outdo the person next to me in the kitchen. If someone’s slicing something, I think, I have to slice it better, and if someone’s station is cleaner I think I have to make my station cleaner.

So you think there’s that competitive quality in a lot of cooks?

Yes. I’m not a sports person, but I’m a very competitive person by nature. The concept [of Knife Fight] started when I was working at Casa Mono and we had mis en place leftover that wouldn’t last for the next day. So instead of throwing it out, we would throw it down.

So you’ve been competing in kitchens for a long time?

Yeah, sometimes just competing with yourself. Of course in a kitchen it’s a team effort, but healthy competition is just that: healthy.