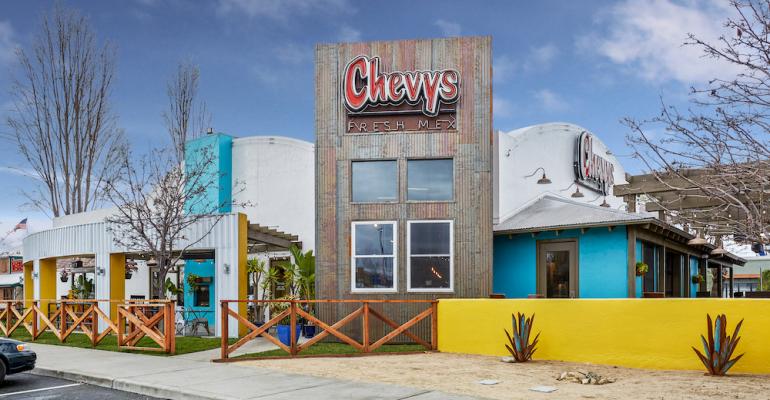 Looking past the pandemic bump in the road, Xperience Restaurant Group is pushing forward with growth for its Sol Mexican Cocina and sister Solita Tacos & Margaritas brands, as well as the legacy Chevys Fresh Mex.

The Cypress, Calif.-based multiconcept group’s parent Z Capital Partners LLC acquired the four Sol and two Solita restaurants in late 2019. Sol is a fine-dining concept with a Baja-inspired menu that brings a more polished Mexican concept into the Xperience family. Little sister brand Solita is a more accessible version with a lively bar scene that could work on “just about any street corner,” said Randy Sharpe, Xperience CEO.

Related: Xperience Restaurant Group CEO Randy Sharpe, parent of El Torito and Chevys, talks about reopening in California, where dine-in rules are both flexible and strict

A new Sol is scheduled to open in Irvine, Calif. in early December, converting a former El Torito Grill location. Sharpe said the company is also negotiating new Sol locations in Las Vegas, Boston and New York City to open over the next two years.

Xperience is also developing a new concept that will be an extension of the El Torito brand, though he was not ready to share details. Xperience operates 32 El Torito locations and one El Torito Grill.

The new concept will go in next to an El Torito on the Redondo Beach pier in California, and will share a patio. Sharpe said it be more bar centric and will be designed for growth, with live entertainment and late-night opportunities.

“It will have a different vibe [than El Torito],” Sharpe said. “And there will be an opportunity to grow it as an extension.”

Meanwhile, the company is scheduled to open a new Chevys Fresh Mex, the group’s legacy Tex-Mex concept, in Orlando, Fla., next week. The new Orlando location will be company owned.

Over the past year, Xperience has acquired three Chevys franchise groups, and, though a handful of franchise operators remain in the system, Sharpe said growth for Chevys going forward will likely be company operated units.

The new unit in Orlando, which will be Chevys’ 24th location, reflects the ongoing brand refresh, with most locations remodeled.

“It’s a beautiful new look and color scheme,” said Sharpe. “It reminds me more of what Chevys was in the beginning. The colors are brighter. Chevys really prided itself on a rustic look, combined with contemporary.”

The group also operates four locations of the Acapulco brand — which are not slated for growth — as well as several one-offs, including Las Brisas, which has a landmark location overlooking the ocean in Laguna Beach, Calif., as well as Who Song & Larry in Vancouver, Wash., and Sinigual in New York City.

Xperience is the former Real Mex Restaurants, which was acquired by Z Capital out of bankruptcy in 2018, then with 52 restaurants in the portfolio.

Now, with the acquisitions over the past two years, Xperience operates 72 restaurants across its brands and Sharpe said the group is ready to expand to reach its 15% growth target by the end of 2022.

“2019 was an excellent year for the group. 2020 was a down year and it was a tough year. But 2021 is far exceeding 2019 results,” he said. “It has put us in a position to bring our restaurants to different communities and we’re very grateful for it.”