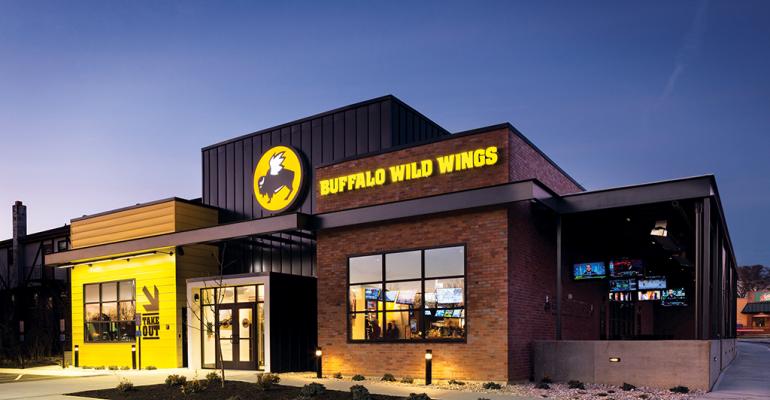 Blog: With NFL ratings down, some worry sports-centric chain’s sales are at risk

Exactly why this is happening is something of a mystery. Part of it was the presidential election — and, as Maxim Group analyst Stephen Anderson noted Thursday, those ratings improved once the election was over.

Maybe viewers are turned off by the violence. Or maybe the game has become unwatchable.

Whatever the reason, the diminishing interest in the NFL this season could be a warning for Buffalo Wild Wings Inc. The Minneapolis-based chicken wing chain has based much of its business on attracting sports lovers to its restaurants where they linger over chicken wings and beer while watching football.

Anderson says it’s a definite risk. “We remain concerned about declining NFL TV viewership and its potential to hurt traffic,” he wrote. He estimates that about 10 percent of Buffalo Wild Wings’ traffic comes from NFL games. So the popularity of America’s biggest sports league is a big deal to the wing chain.

It remains uncertain whether diminishing NFL popularity is hurting Buffalo Wild Wings yet. And company executives said early in the season that they didn’t see much difference this season.

“You don’t really see a different sales performance when you look at NFL days versus non-NFL days,” Buffalo Wild Wings chief operating officer James Schmidt said on the company’s conference call in October. “So that would at least suggest we’re not seeing any dramatic impact.”

We’d imagine that the people who are going to Buffalo Wild Wings to watch football games are more hardcore fans than those who would skip the game to binge-watch the latest season of Gilmore Girls on Netflix.

But, as Anderson noted, it’s a risk. And after the year Buffalo Wild Wings had, with its weakest same-store sales performance since its initial public offering in 2003, a shaky NFL season would be bad news, indeed.