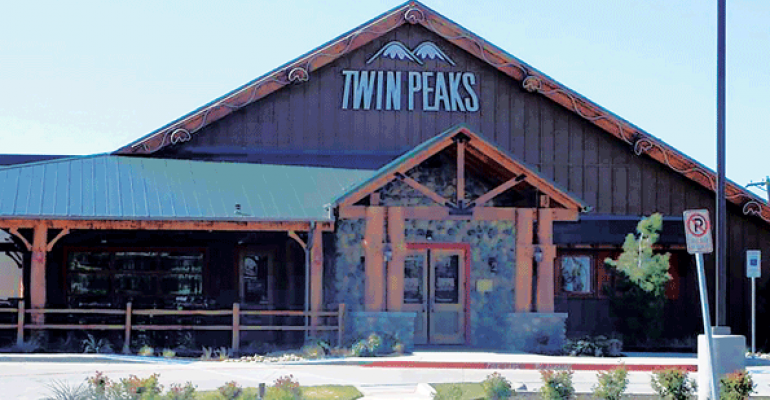 Twin Peaks has always been dedicated to saluting and supporting the brave men and women who protect our country.

That's why when the ultimate sports lodge heard about how Damian Jackson joined the University of Nebraska Lincoln's football team, Twin Peaks knew it would be a fitting partnership. The company announced today that Twin Peaks is uniting with Jackson to use his name, image and likeness in its first-ever NCAA sponsorship. Jackson's a former Navy Seal who finished serving time in the military before pursuing his passion for football and walking onto the Cornhusker's team.

"I'm incredibly honored and proud to team up with Twin Peaks," Jackson said. "This is a huge national brand that is well-known for supporting not just sports teams and fans, but also active duty and veterans. I can't wait to begin this special partnership that's focused on Husker football and giving back to military families!"

As the go-to spot for the ultimate gameday experience, it's only fitting that Twin Peaks gives fans even more of a reason to cheer for the Cornhuskers this football season. To celebrate Jackson and honor our nation's heroes, Twin Peaks is raising funds for its national charity partner, Folds of Honor – a nonprofit organization that provides educational scholarships to spouses and children of America's fallen and disabled service members.

For every touchdown Nebraska scores throughout the entire football season, including those accumulated so far, Twin Peaks will donate $100 to Folds of Honor. The brand's goal is to raise $5,000 to provide a scholarship to a child in need. Jackson will present a check to the recipient at the end of the season.

"Our team loved how unique Damian's college football story is," said Twin Peaks CEO Joe Hummel. "His career began much differently than most collegiate athletes, and we admire how he went after his dreams both in the military and in sports. As the ultimate sports lodge, we're excited to partner with Damian and invite fans to come into their nearest lodge and get loud for the Huskers as we raise funds for Folds of Honor. Go Big Red!"