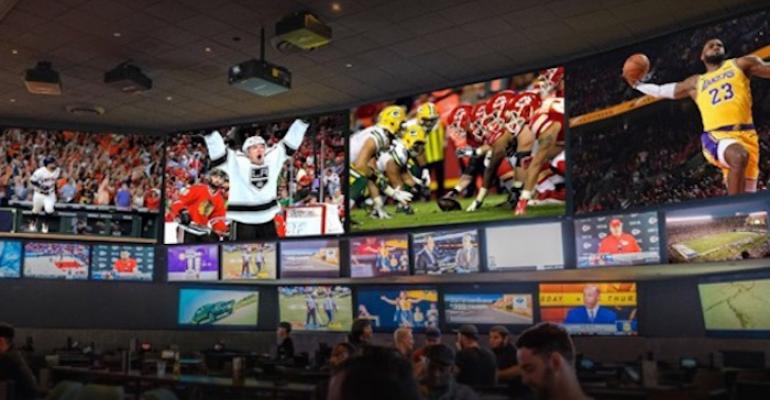 “We believe the future of the restaurant industry is in eatertainment, and we plan to provide a unique experience for our guests and the community that follows sports,” said Brooks Schaden, principal of Tom’s Watch Bar, in a statement.

“We see a unique opportunity for expansion as the market re-opens,” Schaden said, “and we will be opportunistic as we evaluate alternatives across the country (and world) to focus on locations with a density of traffic that fits our guest profile.”

Tom’s has current locations are in Los Angeles, Las Vegas and Denver, and the company recently signed four leases and plans to open later this year in the new markets of Minneapolis, Minn., Sacramento, Calif., and Washington, D.C.

In the District of Columbia, Tom’s plans to open next to Nationals Park and the Capital One Arena. In Minneapolis, the location is adjacent to Target Center and Target Field. And in Sacramento, the proposed unit is next to Golden 1 Center.

CBRE said the sports bar will look to open additional locations in such markets such as Boston, Dallas, Houston, Miami, Orlando, Fla., Phoenix, Ariz., and San Diego, Calif. Tom’s has a focus on sports centers, casinos and airports. It has existing locations in casinos, the Denver International Airport and near the Staples Center in Los Angeles.

“Ownership is very optimistic about the future of unique gathering places and we believe now is the right time to initiate this expansion,” said Brandon Famous of CBRE.

“We will likely commit to a significant number of new locations this year, while ramping up activity even more next year,” Famous said. “With retail starting to reopen across the country and consumers showing a strong desire to return to physical stores and restaurants, we believe that plenty of opportunities will materialize for this aggressive expansion.”

Tom’s Watch bar was founded as Tom’s Urban in 2012 by Tom  Ryan, co-founder of Denver-based Smashburger. Tom’s Urban began as full-service restaurant open 24 hours and it has evolved into a restaurant and elevated sports bar.