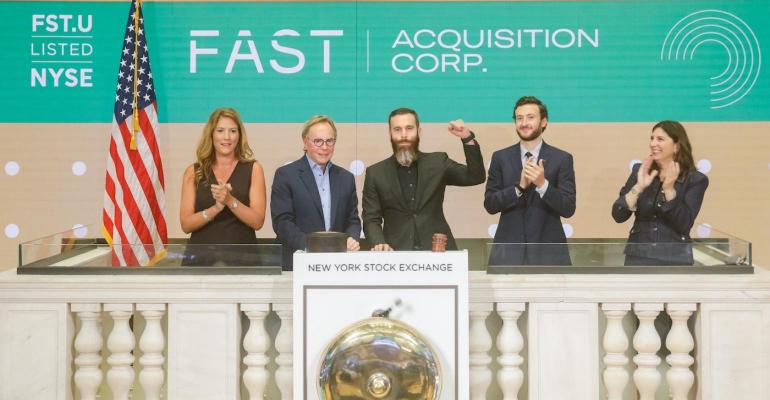 Landry’s founder to retain majority stake and lead the company

Rumors that Tilman Fertitta would take his restaurant company public again through a blank-check company, Fast Acquisition Corp., have proven to be true as the Texas billionaire announced Monday he was doing exactly that.

Fertitta Entertainment Inc. said it had reached a definitive agreement to merge with Fast Acquisition Corp., which was listed on the New York Stock Exchange in August as FAST, with Fertitta retaining a majority stake in the company, around 60%, and serving as chairman, president and CEO of the company.

The transaction values the company at around $6.6 billion.

FAST was created by Doug Jacob, co-founder of &Pizza, and Sandy Beall, founder of Ruby Tuesday, with the stated intention of buying a quick-service chain.

It is a special purpose acquisition corporation, or a SPAC, which is created and listed on a public exchange with the express purpose of buying another company and taking it public. It is an increasingly popular way for restaurants and other companies to enter the public market.

In a release announcing the merger, Fertitta stated his rationalization for taking his company public again.

"After taking the Company private in 2010, we accomplished a lot. However, in today's opportunistic world, I determined that in order to maximize the opportunities in the gaming, entertainment and hospitality sectors, it was preferable to take my Company public,” he said. “We first began to explore going public in 2019, as we saw tremendous [mergers & acquisition] deals hitting the market. However, the pandemic set these efforts back. FAST provided us with the perfect merger vehicle to allow us to take control of an already existing public company. FAST's capital along with the equity investment from institutional shareholders will strengthen our balance sheet and allow us to pursue our acquisition strategy."

FAST raised $200 million when it went public, and institutional investors have committed another $1.2 billion to the company, to be purchased as a private investment at $10 per share, once the deal closes, according to Fertitta Entertainment.

Fertitta added that by going public via the SPAC “we could access the capital markets with more certainty and speed [that going the traditional route of an initial public offering]. Working with Doug [Jacob] and Sandy [Beall] has been a pleasure, and I truly appreciate their time and contribution to this process. At the end of the day, the decision to do a deal with FAST was a no-brainer."

Houston-based Fertitta Entertainment is the holding company for Fertitta’s assets including Golden Nugget LLC and Landry’s LLC as well as around 31.35 million shares in Golden Nugget Online Gaming Inc., an online gaming company.

The release pointed to changes in the restaurant landscape that poised Fertitta for growth, including expansion of legalized online gaming, the closure of many competing restaurants that could drive incremental traffic and the potential for more acquisition as other hospitality companies face financial distress.

Jacob said he was confident that Fertitta was well poised for the post-pandemic era.

"The hospitality industry is experiencing the greatest disruption of our lifetimes and Tilman and his team have remained the premiere gaming and restaurant operators in the country," he said in the release. "We believe this diverse portfolio made up of full-service dining and entertainment concepts combined with pent-up consumer demand, will find continued success as a public company."