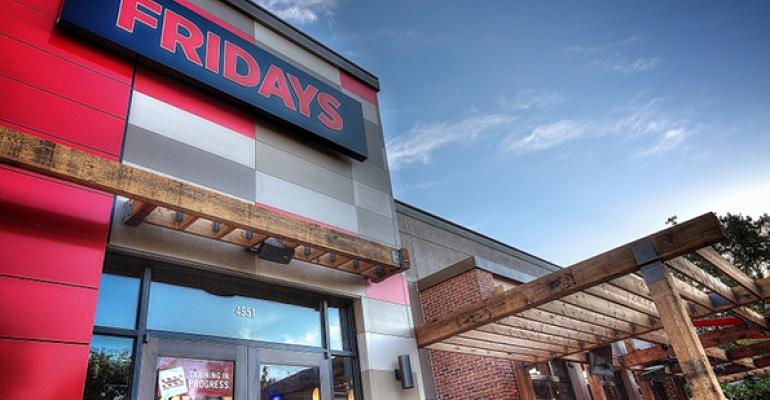 TGI Fridays has completed the sale of 48 more company-owned restaurants to JIB Management, Inc., as part of the casual-dining brand’s goal to refranchise nearly all of its restaurants by year-end.

Financial terms of the deal were not disclosed, but Fridays said the agreement called for Freemont, Calif.-based JIB to remodel the restaurants and that the agreement included a commitment to build 16 new restaurants in those markets.

The Midwest deal brings Fridays to nearly 80 percent franchised, according to a Fridays spokesperson. Fridays launched the refranchising initiative last September for most of its 247 company-owned U.S. locations and some of its locations abroad.

“Fridays is a strong global brand, and we’re excited to expand our partnership,” said Anil Yadav, JIB’s president and CEO, in a statement. “We look forward to building Fridays presence in the Midwest by remodeling the existing restaurants and adding new stores to the region in the coming years.”

JIB bought its first Fridays restaurants in May with the purchase of 16 units in the Orlando market.

Ricky Richardson, president and chief operating officer for TGI Fridays USA division, said, “Our refranchising strategy has allowed us to add great franchise partners like JIB to our existing strong franchise base. JIB has years of experience successfully operating restaurant brands, and it’s great to have partners who share our passion for people and the pursuit of excellence.”

TGI Fridays said it was “significantly” ahead of its targeted plan to refranchise corporate-owned restaurants.

The brand launched its refranchising program after Minneapolis-based Carlson sold TGI Fridays to Sentinel Capital Partners and TriArtisan Capital Partners last summer for an estimated $800 million. In addition to TGI Fridays, Carlson owns more than 1,340 hotels, including the Radisson brand.

The Fridays system has more than 900 restaurants in nearly 60 countries.