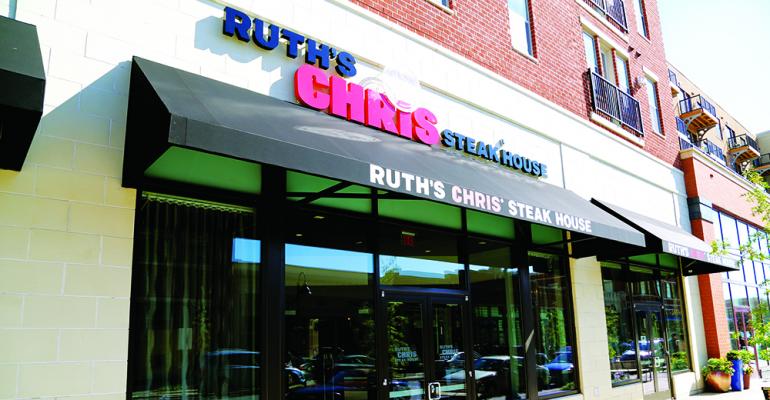 The company also said it is poised to open at least five new restaurants through 2020.

The Winter Park, Fla.-based steakhouse operator said the development deal in the East Coast was made possible after the company acquired three franchise restaurants in those territories from longtime franchise partner Marsha Brown, who was the former banker for company founder Ruth Fertel.

The combined restaurants generate roughly $15 million in revenue a year.

“This is a unique acquisition of prized territory that will help us solidify our overall growth strategy of three to five new company-owned restaurants per year,” CEO Cheryl Henry told investors during the company’s first-quarter conference call.

When Henry was promoted from chief operating officer to CEO last June, Ruth’s Hospitality had reported a slip in same-store sales for company-operated and franchised locations.

In its last three quarters, both company and franchise locations have seen mostly gains, with the exception of a 0.1% decline in company same-stores sales in the fourth quarter of 2018. The dip was tied to New Year’s Eve falling outside the quarter.

The company told investors that store refreshes are continuing with an emphasis on expanding bars and private-dining space. Henry said about eight restaurants will complete makeovers this year.