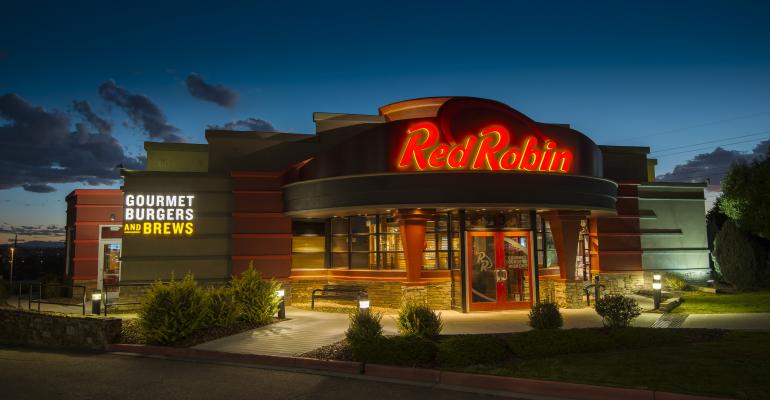 Inspectors probing the Westminster, Colo., restaurant on July 9 found critical violations including improper employee handwashing, improper cleaning and sanitizing of food preparation surfaces, and cross-contamination between raw meats and other prepared foods, according to the Tri-County Health Department in Colorado.

Red Robin closed the restaurant voluntarily the next day “to complete thorough cleaning and sanitizing of the restaurant, food safety training for all employees, and testing of employees who handle food,” the health agency stated.

Two of the three individuals infected with bacteria E. coli O157:H7 were hospitalized. An investigation is ongoing.

Red Robin said the company’s “first and foremost priority” is the well-being of customers and employees.

“We recently became aware of a health issue at our Orchard Town Center location in Westminster, Colorado. We believe this is an isolated incident and are working with the Tri County Health department to conduct a thorough investigation at this location,” the company told Nation’s Restaurant News in a statement.

The company reiterated that it voluntarily closed the location to work with employees “to reinforce our food handling and safety protocols. We maintain rigorous food safety standards and procedures nationwide, which comply with the most recent FDA Food Code.”

E. coli can be passed from person-to-person when an infected person does not thoroughly wash their hands after going to the bathroom or before preparing food.

The food safety-related closure comes as the embattled casual-dining chain is feeling the heat from an activist shareholder. In early June, Vintage Capital Management LLC called for an auction and said it would buy Red Robin at $40 a share. The private-equity firm also called for a special shareholder meeting to remove five board members and replace them with ones who would favor of a sale.

Update: This story was edited July 16 to include an update on when the Red Robin store reopened.