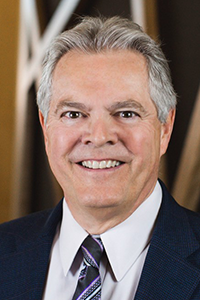 The activist investor in early June called for an auction and said it would buy Red Robin at $40 a share. The board announced the unanimous decision Thursday morning in a regulatory filing, effectively ending a summer-long saga with Vintage over the company’s direction and leadership.

“The Board unanimously determined that the proposal undervalues Red Robin and is not in the best interests of all shareholders, as the strategic plan currently being implemented by Red Robin positions the company to deliver greater long-term value to its shareholders than Vintage’s proposal,” the company said in the filing. “In addition, the Board notes that the Vintage proposal is conditional and contains uncertainty with respect to likelihood of completion. The Board and management team also note that they appreciate the constructive dialogue with Vintage and look forward to future engagement with Vintage and all of the Company’s shareholders as Red Robin continues to focus on driving shareholder value.”

After a months-long search, the company also named Murphy as the brand’s new leader.  He will replace interim CEO Pattye Moore who took over as interim CEO when president and chief executive Denny Marie Post announced her sudden retirement in April.

“The Board is confident Paul is the right leader to drive the continued transformation of Red Robin and restore the Company to sustainable growth and profitability,” Moore said in a statement. “Paul brings a multi-decade-long track record of substantial shareholder value-creation, as well as a unique combination of operational, brand-positioning and turnaround expertise, making him ideally suited to lead Red Robin. With the support of our experienced Board, I know Paul will be able to leverage his significant experience to further improve the business and position the Company to deliver enhanced operational and financial performance and substantial shareholder value.”

Murphy, who most recently served as the chairman of Noodles, said he is honored to join Red Robin “at this pivotal moment in the company’s transformation.”

“Red Robin is an iconic American brand with tremendous potential, and I am excited to work with the board and management team as we execute on our significant opportunities to drive improved financial results,” he said. “Pattye and the team have done an outstanding job of establishing a strong foundation, underscored by the company’s improved operating and guest satisfaction metrics in the second quarter, and I look forward to building on this momentum.”

Murphy's last day at Noodles will be Sept. 12.

"Over the past two years, Paul Murphy has been an important and meaningful member of the Noodles leadership team, playing a pivotal role in guiding the company through its turnaround. Paul will be missed at Noodles and we wish him all the best as he starts a new chapter with another great Colorado company," Noodles said in a statement.

Update, Sept. 5: This story has been edited to include new details.