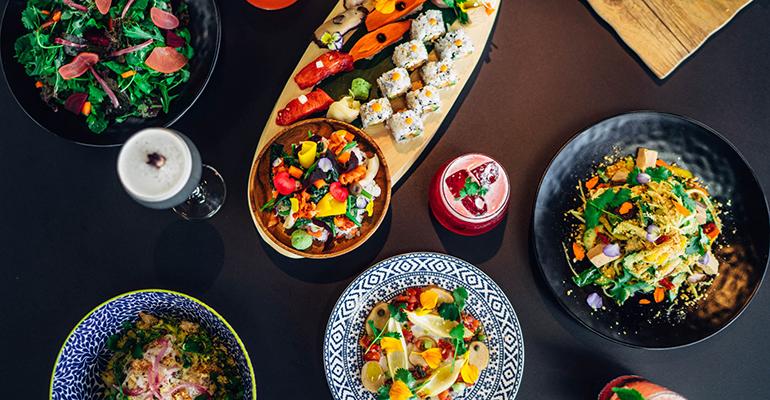 A plant-based, full-service restaurant concept from Canada that creates all its own vegan menu items from scratch is expanding in Florida, with plans to open more units in the New York and Maryland later this year.

Planta, which actually operates four different versions of its concept in Toronto — including Mexican and Asian variations, one that is burger-focused and a traditional, full-menu Planta — is preparing to open its third restaurant in Southern Florida later this month. The 200-seat location in West Palm Beach, the chain’s seventh restaurant overall, will showcase the concept’s high-end approach to plant-based eating.

“The restaurant is fully vegan, both the interior and the food, but we refer to it as plant-based — everything is from plants,” Steven Salm, founder and CEO, told Nation’s Restaurant News. “The word ‘vegan’ is used to describe a culture or a way of life, and we find that people relate much better to the term ‘plant-based’ because, after all, we are talking about food.”

The menu features the culinary creations of David Lee, executive chef and co-founder, who uses fruits, vegetables, nuts and seeds to create upscale-leaning dishes that rival their conventional counterparts in flavor, texture and overall experience, according to Salm. 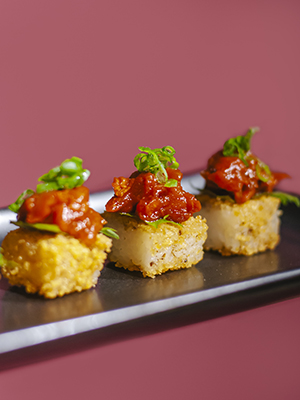 Photo: Crispy Rice is a sushi dish made with spicy ahi watermelon.

All menu items, which include plant-based sushi, pizzas made with cashew mozzarella, jackfruit tacos and other fare, including burgers, are made in-house. Beverages include beer, wines and cocktails, cold-pressed juice blends and alcohol-free “anti-intoxicant tonics” dubbed Free Spirits.

“We don’t use any imitation or alternative proteins,” said Salm. “We just focus on whole foods, and focus on what’s good for you and good for the environment.”

The average check is about $45 per person.

Each of Planta’s variations has its own name based on cuisine type. Planta Cocina, with one location in Toronto, offers Adobe Avocado Tacos and other plant-based Mexican dishes; Planta Queen (one each in Toronto and Coconut Grove, Fla.) offers noodles, dumplings and other Asian fare; Planta Burger (one in Toronto) is smaller and offers burgers, sides, salads and shakes, and the traditional Planta concept (one location each in Yorkville, Ont., and South Beach, Fla.) offers dishes from multiple cuisines.

The newest location, in the Rosemary Square area of West Palm Beach, will also be a traditional Planta. It will feature what the company described as a “light and breezy” décor with a design by iCrave that includes garage doors opening to a patio seating area, an outdoor lounge with soft furnishings, and a lattice ceiling that creates a “trellis-like” feel inside.

Planta, which is privately owned and does not offer franchises, plants to open its first restaurant in New York City in late April or early May, followed by locations in the Bethesda, Md., area later this year.

“We will open wherever we are requested, and we get lots of requests from all over the world, so we are working on it,” said Salm.