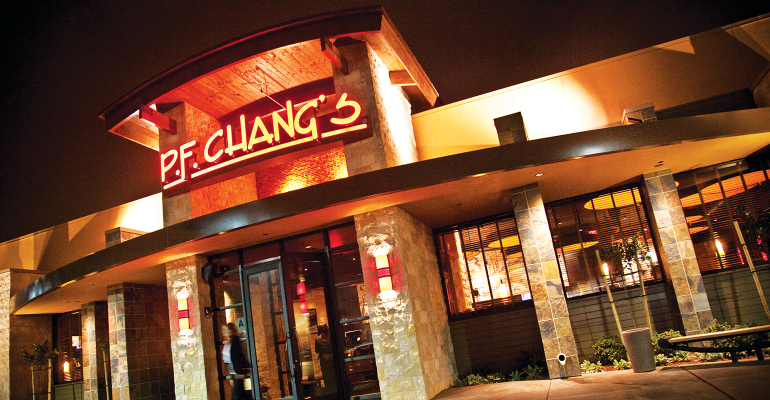 "We want to thank Centerbridge Partners for their strong support of P.F. Chang's,” P.F. Chang’s CEO Jim Bell said in a press statement. “We are fortunate to have a partnership with Paulson and TriArtisan which will allow us to implement a collaborative growth strategy. Paulson and TriArtisan bring financial strength and expertise that will allow us to grow our dine-in and off-premises channels both domestically and internationally."

The Scottsdale, Ariz.-based chain was founded in 1993 by chef Philip Chiang and restaurateur Paul Fleming and went private when the company, along with former sister restaurant, the fast-casual Pei Wei Asian Kitchen brand, was first acquired by Centerbridge in 2012 in a $1 billion deal.

In August, Michael Osanloo, CEO and president of P.F. Chang’s since 2015, left the company to join Portillo’s Hot Dogs LLC as its new chief executive.

The company’s sale to TriArtisan Capital Advisors was announced in January in a notice sent to investors. Centerbridge will reportedly retain ownership of Pei Wei Asian Kitchen, which split from P.F. Chang’s in 2017. At the time, Bloomberg estimated that the value of the impending deal was about $700 million.

"We intend to provide the management team with the resources to rapidly scale the business of providing high quality, contemporary Asian cuisine at a compelling value to our customers worldwide in both the off-premises and dine-in channels,” Rohit Manocha, a TriArtisan founding partner said in a statement.

P.F. Chang’s China Bistro reported an estimated $912.9 million in U.S. systemwide sales at the end of fiscal year 2017, up from $906.2 million the previous year, according to the most recent NRN Top 200 report.

Paulson & Co. and TriArtisan Capital Advisors did not immediately respond to request for comment.