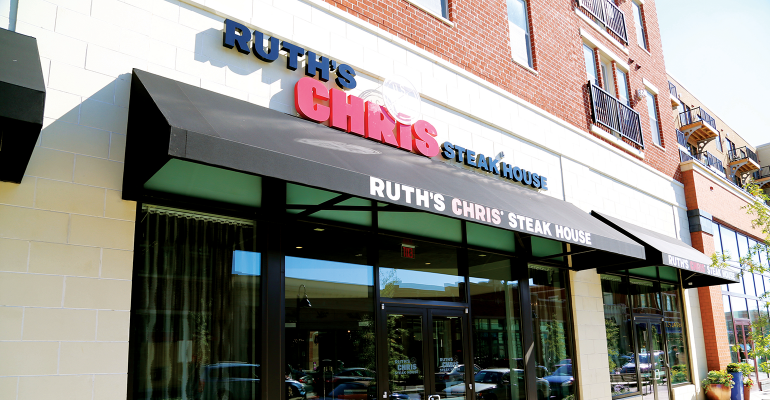 For the year ended Dec. 30, same-store sales at company-owned locations increased 1.4%, which was driven by an average check increase of 1.7 %.

“It marked a fitting end to another year of strong results for our team,” said CEO Cheryl Henry.

It was the ninth consecutive year of comparable restaurant sales growth for the Winter Park, Fla.-based fine-dining steakhouse chain.

For the fourth quarter, Ruth’s posted a 1.1% increase in same-store sales at franchise locations.

Adjusting for the New Year’s Eve loss, same-store sales at company stores would have increased 1.4 %, the company said.

Sales for the quarter at Ruth’s Chris restaurants increased 2.3% to $120 million, compared to $117.4 million for the same quarter last year. The increase was primarily driven by the company’s acquisition of a restaurant in Hawaii.

Beef deflation of 8% in 2018 also contributed to the bottom line.

While “operational excellence remains the cornerstone of the brand,” Henry said the company will pursue innovative changes this year to evolve the chain and better connect with customers. She said the company is looking at “potential opportunities” to reduce “friction for the guest” and improve productivity within restaurants.

She did not provide any more specifics.

Of the 153 restaurants open at the end of the quarter, 75 are franchise locations.

In 2019, the company expects to open three company restaurants in Columbus, Ohio, Washington D.C. and Somerville, Mass. A fourth store is slated to open in Oklahoma City in 2020.