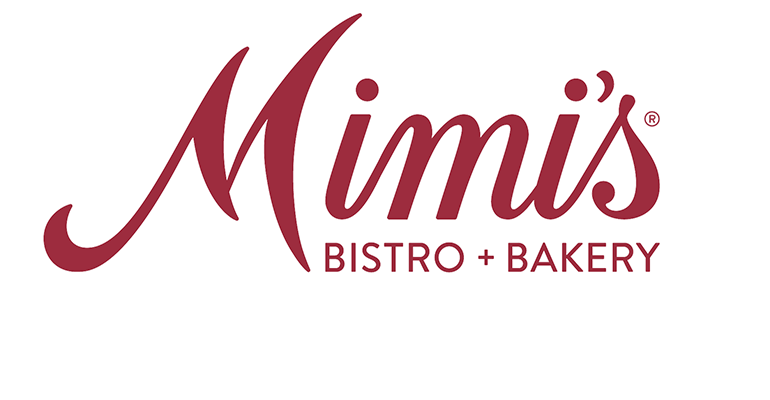 After years of downsizing, chain plans to grow, remodel stores

The French owners of Mimi’s Café and La Madeleine Country French Café often say their brands can “never be too French.”

But ultimately that’s what happened to Mimi’s after a massive French immersion menu overhaul in 2013. The drastic change, made the same year Le Duff America Inc. purchased the Southern California institution, included 30 new French dishes such as the Pommes Lyonnaise Benedict and bouillabaisse. But servers and guests found the French-named meals difficult to pronounce.

“It was a lot [of change] at one time,” said Tiffany McClain, Mimi’s senior director of marketing. “We’re not a French concept. We’re French inspired.”

This week Mimi’s Café launches a course correction, starting with renaming the 41-year-old brand to Mimi’s Bistro & Bakery. The name-change reflects the company’s desire to make Mimi’s a destination restaurant, where diners can sit down for a leisurely experience over food and affordable wine.

“We really wanted to take it back to the roots,” said McClain, whose been with Le Duff for two years. “It’s not just the food, but the atmosphere. The namesake needs to reflect that connection.” 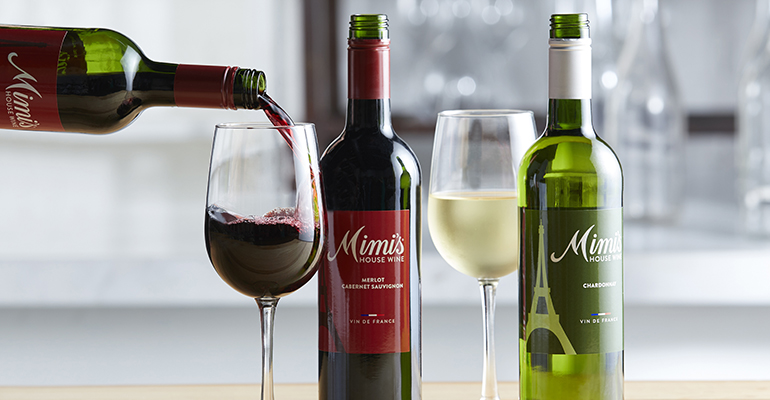 On July 1, Mimi’s introduced the Bites and Beverages menu, and a new house wine.

Other changes include trimming the menu and adding a new “Bites and Beverages” section. The highlight of the appetizer and drink menu includes the addition of Mimi’s first-ever private label wine. Mimi’s House Wine includes a chardonnay and cabernet/merlot blend produced by vintners in the Bordeaux wine region of France.

The Bites and Beverages menu, designed to appeal to diners at every daypart, debuted July 1. Ten restaurants are also being remodeled this year as part of a systemwide plan to modernize the chain’s 77 restaurants with new furniture, lighting and flooring. Walls will feature French artwork and photography. 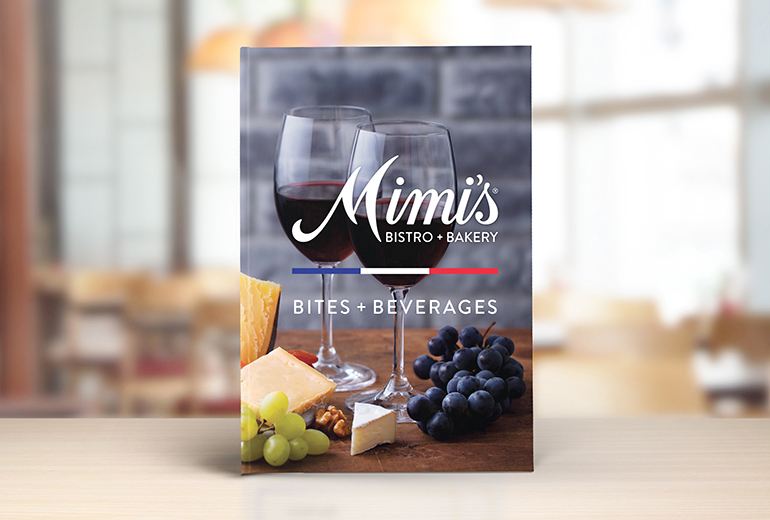 Some restaurants will be closed for a few days to accommodate the changes, which include adding a bakery case to display the brand’s pastries, including the signature muffins. The separate case is designed to encourage walk-up traffic for to-go orders.

While pastries have always been available for takeout, McClain said customers had to call ahead to make orders. Mimi’s, which offers delivery through Grubhub, is also evaluating adding a space for easy pick up of off-premise orders. McClain said accommodating off-premise is a priority.

The 10 store remodels are expected to be completed by November. The company declined to discuss the capital investment.

Eventually, the goal is to get all 77 stores done over time, including adding new signage to marquees. Over the next few weeks, the brand’s new name will be updated on menus and digital channels.

As for the menu, it’s already been edited down from 149 items to 76. Dishes such as baked brie and bouillabaisse are no longer listed on the menu. Mainstay French comfort food dishes, however, remain including the croque monsieur, crepes and quiches. Restaurants also recently added a Parisian ham baguette and offer rotating seasonal specials like mussels and frites.

Under the previous owner Bob Evans Farms Inc., Mimi's Cafe peaked at 146 units in April 2010. When Bob Evans sold the brand to Le Duff at a major loss in early 2013, the brand had 145 restaurants. Le Duff paid Bob Evans $50 million for the chain, well below the $182 million purchase price made by Bob Evans in 2004.

Mimi’s, which has since relocated its corporate offices from Irvine, Calif., to Dallas, has been reducing its footprint ever since the Le Duff takeover.  By summer 2014, the chain had about 119 units.

It now has 77 restaurants.  McClain said the company plans to build more units, but details of that growth plan won’t be announced until 2020.