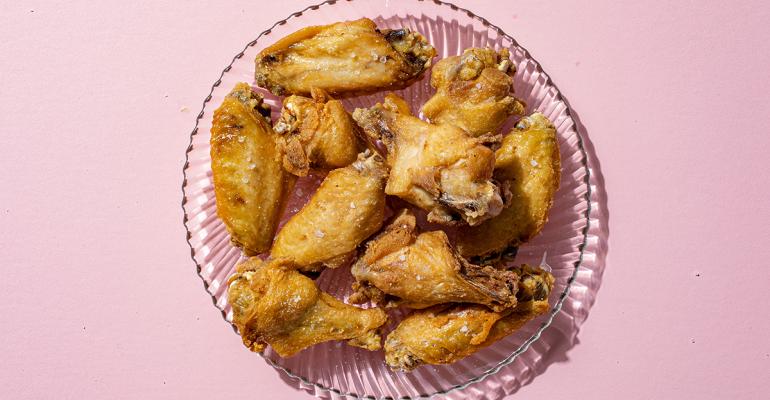 Prior to the pandemic, Lazy Dog Restaurant & Bar began thinking about new revenue channels to offset labor challenges within the casual-dining sector.

For CEO Chris Simms, that meant taking advantage of the chain's large kitchens, which are about 2,500-square feet. Over the next two years, Simms wanted to develop a delivery-only brand and frozen "TV dinner" meals for diners to cook at home.

But when the pandemic hit in March, those long-term ideas quickly moved to the front of the line.

TV dinners debuted during the peak of the pandemic when meal kits and family meals were high in demand during stay at home orders. This week, Lazy Dog debuted its first virtual brand, Jolene’s Wings & Beer. The menu, available for delivery and pickup, can be found on third-party delivery apps like Grubhub and DoorDash. The company is using its 39 restaurants as dark kitchens for the menu.

Related: BurgerFi partners with Reef Kitchens for delivery only in Seattle, Nashville, Minneapolis and Houston

“The pandemic basically just encouraged us to do all of the things that we had in our strategic plan over the next couple of years but [instead] pulled all of it forward into 2020,” Simms said during a recent phone interview with Nation’s Restaurant News.

The Southern California-based casual-dining concept, which made NRN’s Top 200 list for the first time this year, is entering a crowded space. Jolene’s joins a tidal wave of virtual brands that have emerged during the pandemic – developed by a range of operators from indie restaurants to celebrity chefs to national chains.

Chicken concepts have been especially popular.

None of this is lost on Simms, who opened the first Lazy Dog 17 years ago.

He knows the virtual restaurant space has grown competitive amid COVID-19.

But for him, Jolene’s is not a short-term solution.

“We want to have a brand that is able to last into the future,” Simms said.

In developing the Jolene’s menu, Simms said it was important for Lazy Dog not to make it a “totally ghost” menu.

Operators developing virtual brands typically create a menu that is completely separate from their brick and mortar restaurants.

Not for Lazy Dog. 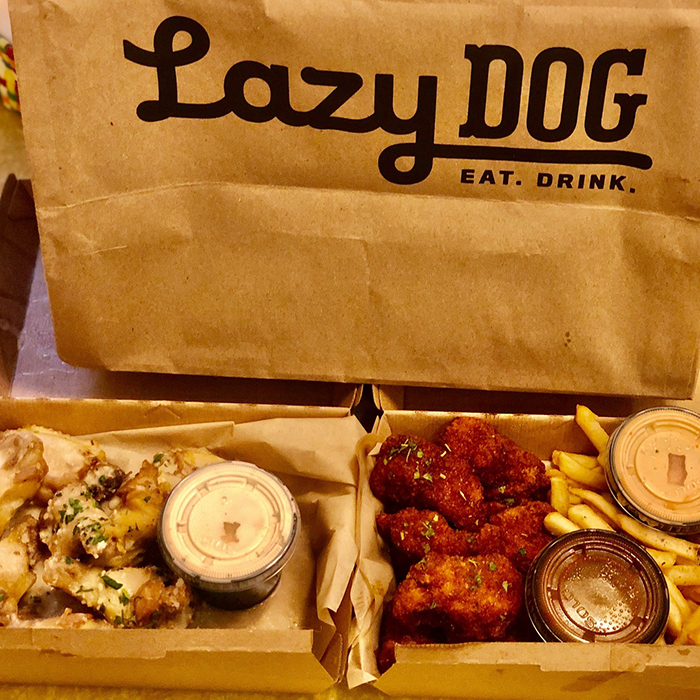 Jolene’s is an extension of one of Lazy Dog’s most popular happy-hour items: chicken wings.

The only sauce the culinary team had to create for the Jolene’s menu is garlic parmesan, Simms said.

In marketing the brand on delivery apps, the company is transparent, describing Jolene’s as a “by Lazy Dog” menu.

In that sense, Jolene’s is never “completely disconnected” from Lazy Dog, which fans have come to know for its culinary excellence, Simms said.

Another brand extension is the menu’s inclusion of signature salads found on the Lazy Dog menu. That was a point of debate among the Lazy Dog executive team.

Some people wanted the menu to be “pure and true” but Simms felt it was important to address the “veto” vote by giving consumers a “healthier” menu choice along with the wings.

What wasn’t debated is offering beer.

Lazy Dog’s strong craft beer program is a point of differentiation for the brand. With local jurisdictions loosening rules for alcohol to-go sales, it made sense to add beer to the equation.

“We very quickly decided wings and beer was the space that we wanted to enter,” Simms said.

With the coronavirus cases spiking nationwide, Simms said he believes state authorities will continue to allow restaurants to sell alcohol for carryout, which has been a lifeline for many operators.

In fact, he’s betting off-premise beer sales might live on once the pandemic is over.

“The general consensus we're getting is that spirits might go away, but beer and wine probably are here to stay,” he said.

Whatever happens, Simms said he’s excited to test a new virtual concept – even if the space is full of rivals.

“This is the infancy of virtual brands. It’s just getting started,” he said. “Slowly but surely we’ll find where the guest is most accepting.”