The new CEO, Tim Ward, comes from Krystal along with the new CFO.
News>Casual Dining

Krystal leaders head over to On the Border: Tim Ward replaces Matt Hood as CEO

Ward, who worked as president of Krystal when it filed for bankruptcy, brings over Bruce Vermilyea, also of Krystal, as CFO of the casual-dining Mexican chain

Tim Ward and Bruce Vermilyea, executive leaders of The Krystal Company when it filed for bankruptcy earlier this year, have been tapped to lead On The Border Mexican Grill & Cantina.

Ward, who was president of Krystal, is the Mexican casual-dining chain’s new CEO and president. Vermilyea takes on the CFO position, the same role he had when he and Ward worked at Krystal.

It is unclear what happened to Matt Hood, who up until recently served as the chain’s CEO. According to his LinkedIn profile, he was with On the Border through June 2020. He came to On the Border in 2018, replacing Ward Whitworth. Prior to becoming CEO, Hood served as chief marketing officer at Irvine, Calif.-based Habit Restaurants Inc., which is now owned by Yum Brands. 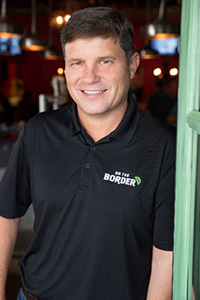 Ward, left, comes to On the Border after overseeing the sale of Krystal. It was purchased out of bankruptcy by Fortress Investment Group for $27 million in May.

Related: Krystal to be bought out of bankruptcy by Fortress Investment Group for $27 million

“During his tenure with Krystal, Ward improved profitability after growing sales and streamlining operations,” On the Border said in a statement released Wednesday.

Prior to working at Krystal, Ward was chief operating officer of Captain D’s and held previous roles at Arby’s/RTM and NPC International/Pizza Hut.

“I’m honored by the opportunity to lead On The Border,” Ward said in a statement. “This brand has strong roots and has shown great resilience during the COVID-19 crisis. This pandemic has given us a unique opportunity to really rethink this brand and how we can best serve our loyal customers. I am encouraged by our recent sales trends and look forward to working with our dedicated team members on On The Border’s next chapter.” 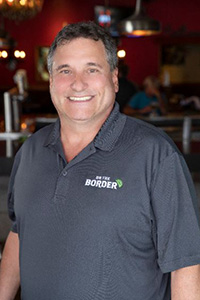 Before working at Krystal, Vermilyea, left, had various leadership roles at different companies, including 18 years at Qdoba Restaurant Corp. While he was there, the company grew from 25 restaurants to more than 750.

“Tim and Bruce have a history of working together to drive results, so we are thrilled they have agreed to lead On The Border,” Michael A. Klump, founder and CEO of Argonne Capital Group, said in a statement.

Argonne owns On The Border, which has more than 130 restaurants in 30 states and Asia. To date, On the Border has reopened dining rooms at 98 restaurant in the US, including 11 today. The brand will open 13 more on Friday.

Update: This story has been edited to include status of dine-in service.