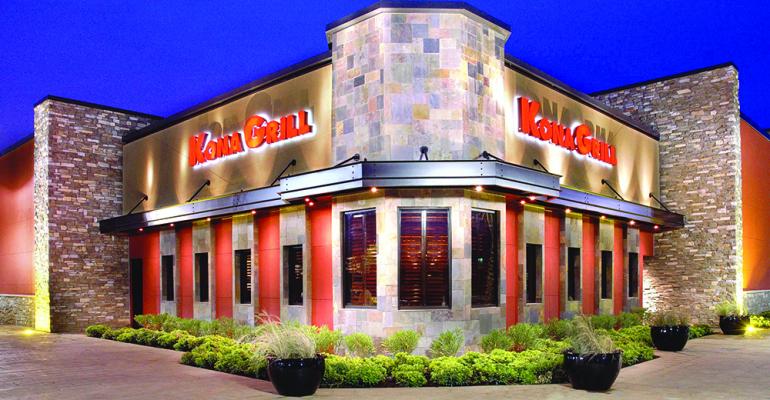 Kona Grill to start franchising in U.S. and China

Kona Grill Inc. plans to start franchising domestically and in China, the company said on Thursday.

“We have filed franchise registration statements in certain states where required to expand the Kona Grill brand domestically through franchising,” president and CEO Berke Bakay told investors during a first-quarter earnings call.

Alex Zheng, chairman of the Chinese Plateno Hotel Group, has joined the board of directors of the casual-dining grill and sushi bar chain, following a $5.6 million private placement of shares with him, paving the way for franchising in China.

“With this partnership, China is now a target for international development of the Kona Grill brand through a master franchise agreement,” Bakay said.

Kona Grill has 46 restaurants in 23 states and Puerto Rico, plus three franchised restaurants in Monterrey, Mexico, Dubai and the Toronto suburb of Vaughan, Ontario. Bakay did not indicate when franchised locations in the United States or China were likely to open.

“Similar to many other restaurant companies, we intend to utilize a dual strategy of both company-owned and franchised restaurants, which allows for the expansion of the brand in more markets throughout the United States,” he said.

Kona Grill is also improving unit economics and working on a smaller prototype — 5,000 to 5,300 square feet instead of the current 7,000 square feet — to reduce build-out and occupancy costs and “to provide more flexibility in real estate options.”

Chief financial officer Christi Hing said the decline in same-store sales was partly related to the fact that the company now included 40 of its 46 restaurants in its comp base, including underperforming ones. However, traffic overall was down, too, she said.

“Traffic was down double digits as we left the honeymoon periods of restaurants opened in the second half of 2016,” she said.

Additionally, Kona Grill had done away with the beer and happy hour promotions of the first quarter of 2017, which Hing said increased traffic but hurt overall margins.

“We evaluated how we do things in the kitchen to identify opportunities to streamline operations and therefore save time and money,” Hing said.