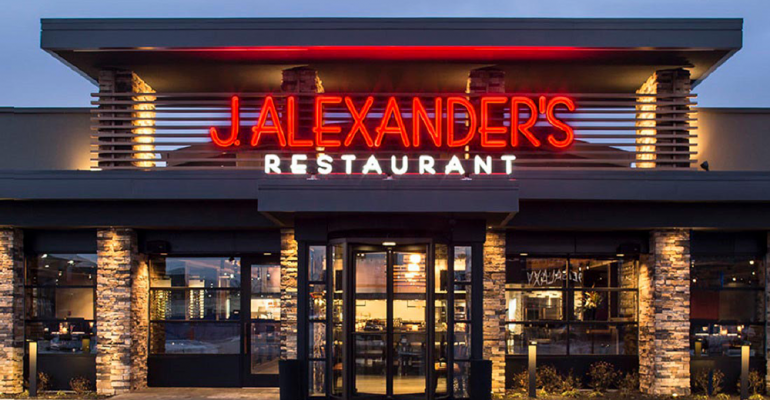 The deal, if approved, would take the parent of 46 upscale-casual restaurants private

J. Alexander’s Holdings Inc. said Tuesday that the Nashville, Tenn.-based company has received a buyout offer from Ancora Advisors LLC that would take the premium dining company private in a cash deal valued at $186 million.

In a letter sent to J. Alexander’s this week, Cleveland-based Ancora laid out a proposal to purchase the outstanding shares of the company’s common stock for $11.75 a share in a cash deal.

J. Alexander’s said, along with its board of directors and advisers, it “will carefully review, evaluate and respond to Ancora’s letter.”

Ancora said taking the company private is the “best path forward” for the brand, which operates 46 restaurants in 16 states including J. Alexander’s, Redlands Grill, Stoney River Steakhouse and Grill, Overland Park Grill and Lyndhurst Grill. The namesake J. Alexander’s restaurants have been around since 1991. Its menu features premium American classic dishes such as hand-cut steaks, prime rib, and fresh seafood.

unfit for public markets,” Ancora said in a regulatory offering filed April 8. “In our view, JAX will continue to be undervalued as a public company given its lack of scale, growth and liquidity.

Ancora said it is “strongly opposed to the company attempting to justify its existence as a public entity through strategic acquisitions.”

“The company has no currency to do this and, at its current multiple, deals will most certainly be highly dilutive to shareholders. In our view, the only viable manner for shareholders to achieve full and fair valuation is a sale of the business.”

The buyout offer comes as the company is undergoing a leadership transition. Earlier this year, J. Alexander’s said it planned to promote its chief financial officer Mark Parkey to CEO and president, succeeding longtime executive Lonnie J. Stout II in the role.

The company said the promotion would become effective May 1. With the transition, Stout will become chair of the company’s board.