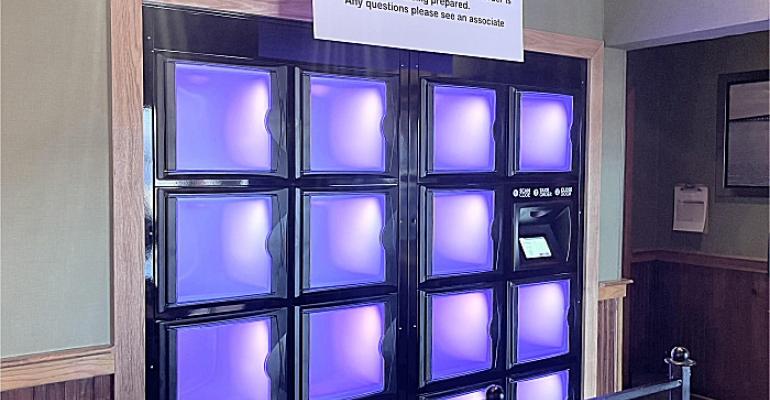 John Peyton, Dine Brands Global Inc.’s CEO, added that when grocery prices rise faster than restaurant prices, as they have, brands like Applebee’s and IHOP benefit.

In addition, quick-service chains have raised menu prices faster than casual dining brands, he noted, and wages have increased in recent months largely among earners at the lower-income levels, which includes Applebee’s and IHOPs customers.

“They grew wages at 5% to 6% last quarter, which gives them some confidence at a time when prices are rising,” Peyton said, noting the trend is likely to give both full-service brands momentum for the rest of the year.

Still, like many restaurant companies, Applebee’s and IHOP continue to struggle with staffing. Peyton said the mostly franchised chains were at about 90% of full staffing capacity, keeping some restaurants from full operating hours and slowing table turns. And supply chain disruptions and food and fuel inflation continued to be a challenge.

The Glendale, Calif.-based company has been investing in technology to boost efficiency, along with adding drive-thru windows for Applebee's and digital ordering for carside pickup, as well as is continuing to invest in ghost kitchens and virtual brands to build on kitchen capacity and expand the brands’ reach.

Internationally, 10 new ghost kitchens opened during the quarter, and virtual brands are now being operated out of 280 IHOP kitchens in 13 markets, including Thrilled Cheese and Super Mega Dilla. IHOP hopes to have virtual brands in 1,000 restaurants over the next several months.

Cywinski said the quarter marked the fifth consecutive quarter of year-over-year same-store sales growth for the brand. Sales were slower in January, as a result of Omicron, but climbed through the quarter as pandemic fears waned.

In March, Applebee’s hit its highest weekly sales volume under Dine ownership at $57,600 — compared with last year’s then-record-setting volumes of $50,500 per week.

Cywinski said about 72% of Applebee’s business during the quarter was dine in, with 14% from carside to-go and 14% from delivery, with off-premise sales averaging between $14,000 and $15,000 per week.

He noted that franchisees increased menu prices between 5% and 6% during the first quarter.

In mid-April, IHOP began promoting its new International Bank of Pancakes loyalty program, in which members can earn PanCoins toward a free short stack and other menu items.

Applebee’s over the past five years has closed about 300 underperforming units, and the company has projected the shrinkage will continue this year, with between five and 15 fewer units expected to close. But Cywinski said the brand is poised to begin growing again in 2023.

The company reiterated guidance projecting net openings of between 50 and 65 IHOP locations, and the expectation that Applebee’s will shrink by between 5 and 15 units. The brands ended the quarter with 1,676 Applebee’s, of which 69 were company owned, and 1,741 IHOP units, all of which were either franchised or area license locations.

CORRECTION: This article has been updated to correct the weekly sales volume high for Applebee's in 2021.