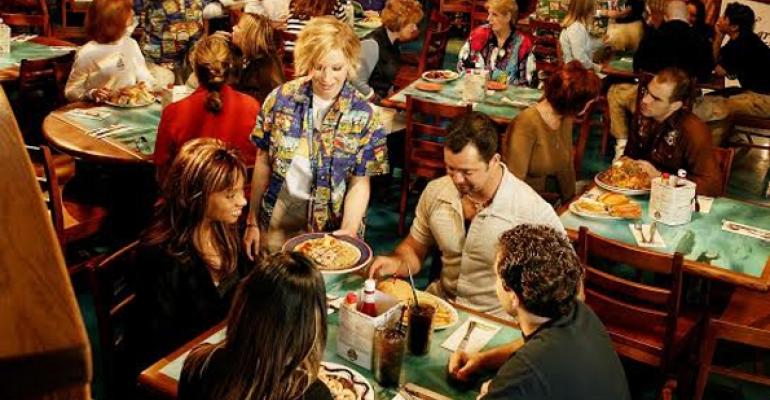 IMC, which owns a number of restaurant brands and franchises three Darden Restaurants Inc. concepts, plans to open 55 to 60 restaurants a year and has a development team that is working to bring the concept to airports, stadiums and other captive markets, Javier Gavilán, chief executive of Sao Paolo-based IMC, said in an interview.

“[Growth] was the main motivation [behind the deal],” said John Cohlan, chief executive of Margaritaville Enterprises. “They [IMC] are better able to grow the brand in terms of financial resources and depth of management.”

Gavilán said that additional Margaritaville units are already planned for the airports in Sao Paolo and in the Dominican Republic. He noted that the company is aiming for high-traffic locations where many of the clients are travelers and likely familiar with Jimmy Buffet, who opened the first Margaritaville in Key West, Fla., and his music.

Existing units range from less than 2,000 square feet to more than 10,000 square feet, in the case of the San Juan, Puerto Rico, airport location, Gavilán said, adding that future locations will be 2,000 square feet or more in size. “You will see different versions and sizes that will deliver the same ambience,” he said.

Margaritaville currently has 18 U.S. units, a spokesman said, and owns two LandShark Bar and Grill units, which were also part of the deal. A Margaritaville is scheduled to open in Pigeon Forge, Tenn., in late spring or early summer, he said. The brand has 13 units internationally. IMC plans to keep Margaritaville management in Orlando, the executives said.

IMC opened its first franchised Margaritaville about four years ago, after an IMC employee encountered the concept while vacationing in Las Vegas, Cohlan said.

“We’ve been in business together for several years,” said Cohlan of IMC. “We’ve gotten to know each other very well. They are fantastic operators.”

Gavilán said the addition of Margaritaville helped round out IMC’s portfolio. “We looked at what we needed to have a full group of brands,” he said. “Definitely Margaritaville fit right in.”

Gavilán visited all the U.S. locations before finalizing the IMC deal. “We did a lot of research before we finished this agreement, and one of traits we found was that the brand is about having a good time,” he said.

IMC, which currently owns and operates 386 restaurants in Brazil, the Caribbean and Mexico, last year signed with Darden to develop as many as 57 Red Lobster, Olive Garden and LongHorn Steakhouse units in Latin America.

The company’s flagship brands in Brazil are Frango Assado and Viena. Since 2006, IMC has worked with Advent International, a private-equity firm with more than $24 billion in cumulative capital, to fund its expansion, the company said.