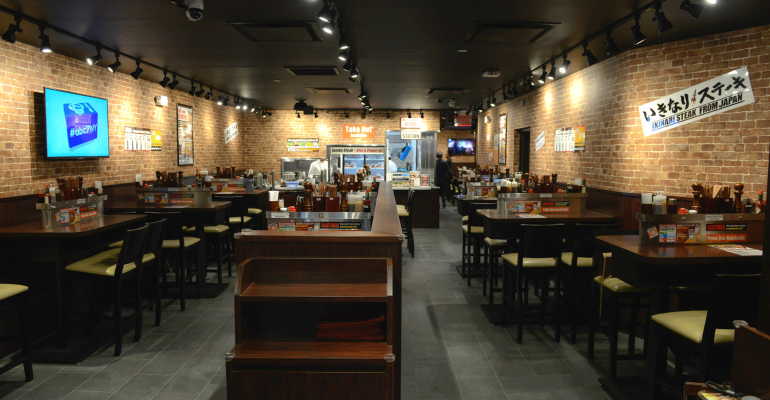 Ikinari Steak to close or convert 9 of 11 NYC units

The Japanese steakhouse chain will close or convert most of its New York locations to a similar brand, Pepper Lunch

Ikinari Steak — the Japanese quick-service steakhouse known for its standing room-only dining rooms — is closing seven out of its 11 New York City locations later this year and converting two of the remaining locations to Pepper Lunch, Ikinari’s sister brand and similar casual concept, which already has a location in Alhambra, Calif., near Los Angeles.

“Ikinari Steak has decided to close seven locations to focus and concentrate our efforts on the two stores, to leverage the brand and to customers satisfaction,” an Ikinari representative said in an emailed statement. 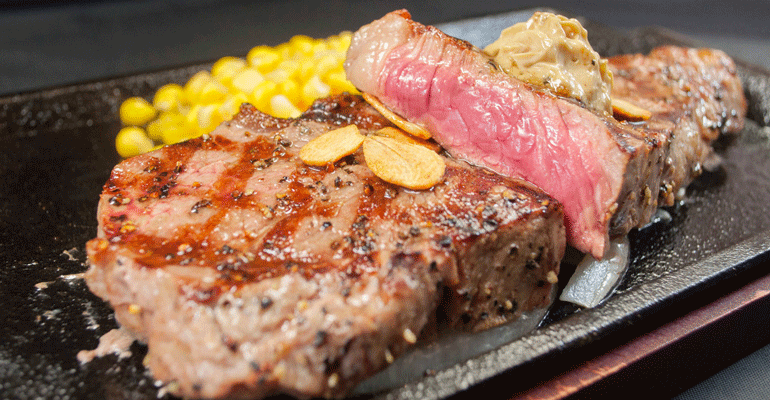 The Japan-based steakhouse chain offering an assorted range of steak cuts and sizes for an average check of $30 per person, opened its first U.S. location in 2017 and began an ambitious East Coast growth plan. Ikinari quickly launched 10 more New York City locations by the end of 2018, with aspirations to double the number of Manhattan locations. Despite initial favorable reviews and Ikinari parent group Pepper Food Service Co.’s 2018 debut on the Nasdaq stock exchange, the quick-service chain’s strategy faltered in late 2018.

“We’re struggling very much,” Kunio Ichinose, president of Pepper Food Service Co. told The Japan Times in October 2018, indicating that the company had lost ¥121 million ($1.09 million USD) that year due to slow sales. 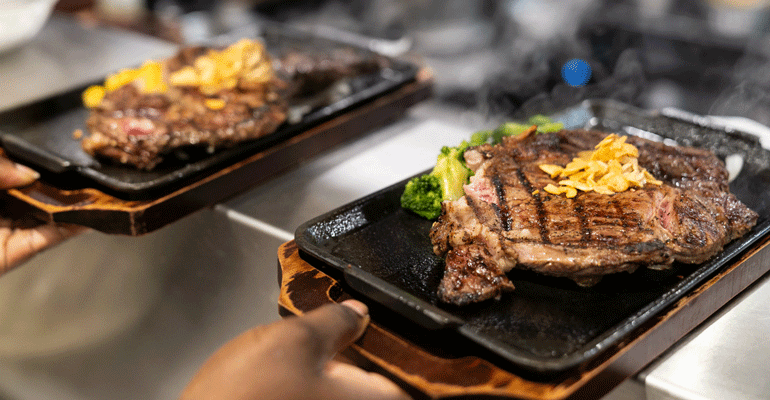 Both new locations of Pepper Lunch — featuring a cook-it-yourself steak concept — will open later this spring in New York’s Gramercy and Hell’s Kitchen neighborhoods, with plans for a Houston location to open later this year. At 350 Pepper Lunch locations in 15 countries around the world, customers can order a range of steak cuts, pepper rice, omelets, and classic Japanese dishes like teriyaki for an average check of $20 per person.

An Ikinari representative confirmed that the company will continue to be publicly traded on the Nasdaq stock exchange until further notice.