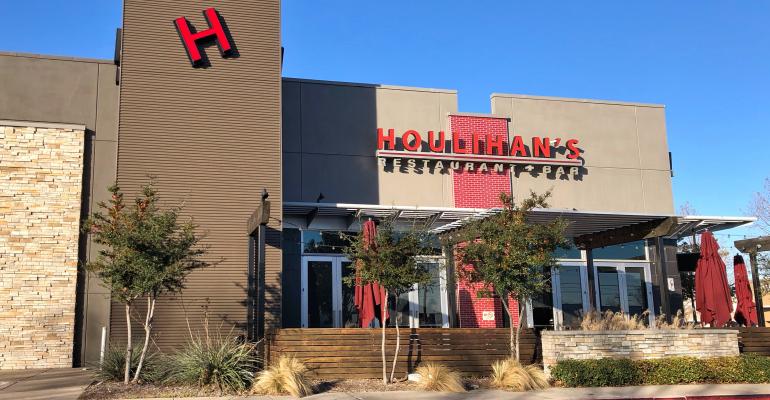 Houlihan’s closes restaurants ahead of sale to Landry’s

Houlihan’s Restaurants Inc. closed a number of restaurants this past week ahead of its bankruptcy court-approved sale to Landry’s Inc., according to press reports.

The Landry’s purchase, which originally was a $40 million offer for the casual-dining brand, was announced with the November bankruptcy filing by Houlihan’s parent, Leawood, Kan.-based HRI Holding Corp., and its affiliates.

Houlihan’s closed restaurants in Dallas and Fort Worth, Texas, on Sunday. It posted a letter-sized note, “There is never a good time to close a restaurant” and added that it was part of “the wind down of the bankruptcy estate.”

In addition to the two Texas closures, the shuttering of Houlihan’s casual-dining restaurants were also reported in the Kansas City area as well as Grand Rapids, Mich., and two in New Jersey, including Hasbrouck Heights and Woodbridge.

“Management is doing everything possible to minimize the impact to affected team members by working to place them at different continuing locations and reach out to local restaurant companies on behalf of the team members,” the company said in a door posting at the Houlihan’s Prewstonwood Dallas location Sunday.

Emails to the company had not been returned by press time, so the number of closures was not specific. 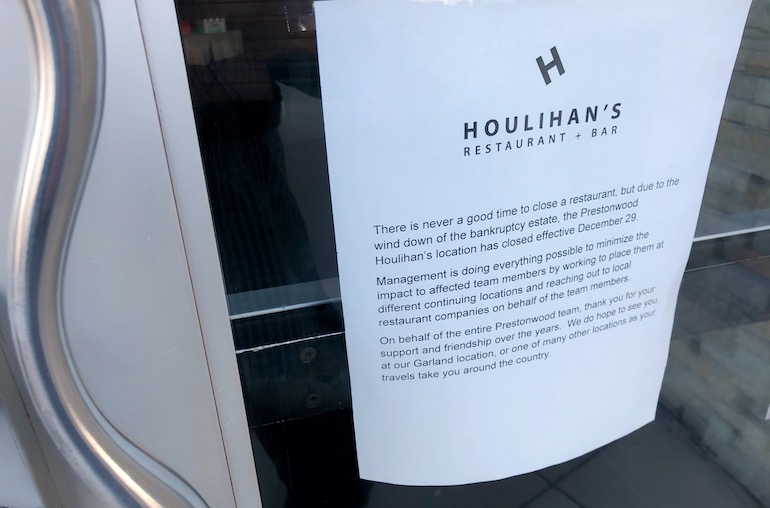 One of the print-out notes on the doors at Houlihan’s closed Prestonwood Dallas location provided contacts at Yard House, a Darden Restaurants Inc.-owned concept a few blocks away.

Houlihan’s franchised an additional 21 locations, which were not included in the bankruptcy, according to Nation’s Restaurant News Top 200 data.

Houston-based Landry’s operates chains such as Joe’s Crab Shack, Rainforest Cafe and Morton’s the Steakhouse. It is privately owned by Houston billionaire Tilman Fertitta, who also owns the NBA’s Houston Rockets, and includes hotels, resorts and casinos, including the Golden Nugget in Las Vegas.

The first Houlihan’s was opened in Kansas City in 1972 by founders Joe Gilbert & Paul Robinson. That site was previously occupied by Tom Houlihan Men’s Wear, a haberdashery, from which the founders negotiated the brand’s name.

Houlihan’s was acquired in 2015 by a holding company that included private-equity firm York Capital Management and Mike Archer, the former president of TGI Fridays and Applebee’s.