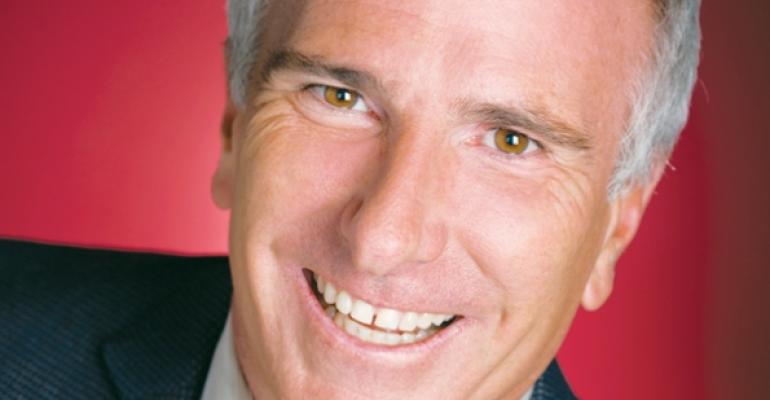 Having Words With: Bob Johnston

Bob Johnston has been working for The Melting Pot since the early 1980s, when he began his job as a dishwasher at the concept’s Tallahassee, Fla., location. So he knows the brand inside and out.

Johnston is now the chief executive of Front Burner Brands, the Tampa, Fla.-based parent company of The Melting Pot, Burger 21 and GrillSmith, and he expects 2013 will hold some exciting changes for the company. In February the 142-unit Melting Pot chain will roll out a revamped menu that offers more single-course options for diners. And the company’s better-burger concept, Burger 21, is expected to grow from five to 15 locations during the next 12 months.

Johnston discussed the year ahead with Nation’s Restaurant News.

What changes are coming to The Melting Pot’s menu?

The new menu rolls out nationwide next month. The entire idea behind it is to create more options for our guests and to give them the opportunity to dine by getting just one or two courses rather than three or four. The objective is to encourage guests to dine with us more frequently than they have in the past. We’re addressing two issues guests have when they’re looking to dine with us, which are: how long it takes to dine at Melting Pot when they order all four courses, and the other, how much it costs to order all four courses.

The Melting Pot is an upscale, or polished, casual-dining restaurant, which is a growing niche. Do you worry that these changes will tarnish the brand image?

The objective was not to change what The Melting Pot is at all — just to address the issues that customers told us [about] in studies that were conducted last year. It really just gives them more options to dine on fewer courses. The experience isn’t going to change. The quality isn’t going to change.

Burger 21 launched in November 2009 — the middle of the recession. Why then?

What’s made The Melting Pot a hallmark brand is the same thing that’s making Burger 21 a hallmark: It’s a destination.

What are some of the biggest challenges for Front Burner Brands in 2013?

I think we’re going to face the same challenges every operator is going to be facing this year: the pressure being put on our P&L by potential higher wages, higher benefits costs, higher cost on staples and our products. Those are the main challenges that I think we’ll see. That’s the same as anyone else in the industry.

What are some opportunities you see for your company in 2013?

For our concepts, and for Melting Pot specifically, it’s the revisions to the menu, which are intended to address the very things that the customer has asked us to address. We’re going to also be launching a new communication campaign that speaks to those changes throughout the year.

Are you going to grow the three brands in 2013?

I would anticipate that we’ll have around eight to 10 new Melting Pot locations opening, many of which will be international. We’re still franchising Melting Pot. With Burger 21, I would think that we’ll have an additional 10 stores in 2013. There will be many more in the queue behind that. At this point we don’t have any immediate plans to open more GrillSmith locations.

Do you have any plans to create or acquire new concepts in 2013?

We are looking at acquiring other concepts. We can’t talk about any deals, but we have been in talks with one concept in 2012. It’s far too early to predict if any deals will be made.