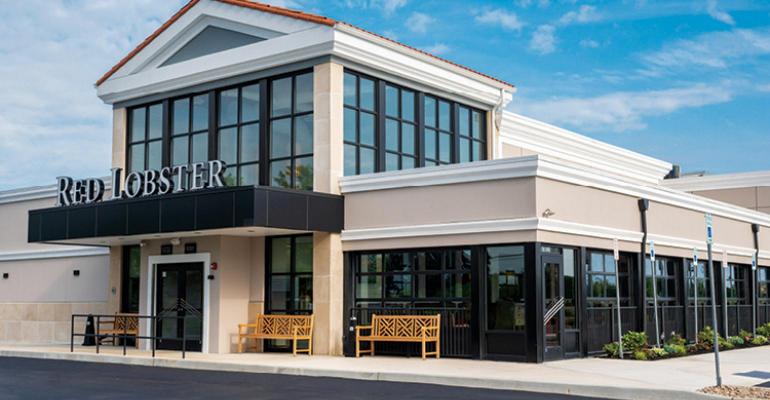 Thai Union first became financially involved with Red Lobster in 2016, when it bought $575 million shares in the company.
News>Casual Dining

Current management to stay in place

The new owners are seafood supplier Thai Union PCL, which has been a Red Lobster shareholder since 2016 and trades on the Stock Exchange of Thailand under the TUI ticker, current Red Lobster management and a new company called Seafood Alliance with key shareholders Paul Kenny and Rit Thirakomen.

Thai Union first became financially involved with Red Lobster in 2016, when it invested $575 million in the company and was given two members of its board of directors.

Related: Red Lobster CEO: 'This is a people business'

Thirakomen is the Chairman, CEO and controlling shareholder of the Bangkok, Thailand-based MK Restaurant Group, which trades on the Thai Stock Exchange under the ticker M. It has more than 700 restaurants in five countries including MK, Yayoi, Miyasaki and Hakata, specializing in hot pots and Japanese food, as well as Thai food concept Na Siam and quick-service concepts Le Petit and Bizzy Box. It also owns the biotech research firm Mark One Innovation Center, which specializes in functional food and beverages, and the logistics and warehouse business M. Senco.

Kenny is the former CEO of Minor Food Group, which operates more than 2,000 casual-dining and quick-service restaurants in 27 countries under the names The Pizza Company, The Coffee Club, Riverside, Thai Express, Benihana, Bonchon, Swensen's, Sizzler, Dairy Queen and Burger King.

Red Lobster CEO Kim Lopdrup said in a press release announcing the acquisition, “We are thrilled to deepen our relationship with Thai Union, a long-term strategic supplier to Red Lobster and an investment partner for the last four years. Our organization will also benefit from the tremendous international restaurant and hospitality expertise brought by Seafood Alliance. I want to thank Golden Gate Capital for their unwavering support over the past six years and particularly over the past five months.”

“As an anchor investor in Red Lobster since 2016, we are excited to confirm our commitment to the business, which reflects our utmost confidence in management and the company's strategy of serving top quality seafood for a great value,” he said in the release. “The Red Lobster brand is strong, with unmatched awareness and millions of loyal guests, and we believe it has tremendous long-term potential. We look forward to capitalizing on that solid base, as well as leveraging Seafood Alliance's restaurant expertise and international relationships, to continue to develop the brand domestically and internationally.”

“We have enjoyed a highly successful partnership with Red Lobster and are proud to have worked collaboratively alongside Kim Lopdrup and the management team since 2014, achieving strong returns for our investors,” he said. “With a strong liquidity position, we know the business is in great hands and look forward to cheering the team on under new ownership.”

According to Nation’s Restaurant News Top 200 data, Red Lobster operated 679 restaurants in the United States at the end of fiscal 2019 with $2.25 billion in sales. In the announcement of the acquisition by Seafood Alliance, it said that 99% of company-owned restaurants are currently open for business and 88% of dining rooms are open.