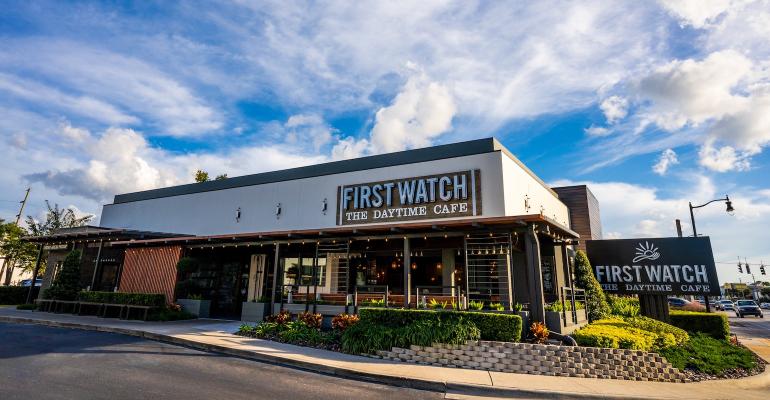 First Watch Restaurant Group Inc. continue to expand the rollout of its new kitchen display system in the first quarter, and executives said they are pleased with the impact so far.

Related: Here’s how First Watch got away without price increases in 2021, despite inflation

“We're conducting an efficient rollout with plans to have KDS in more than half of our company-owned restaurants by the end of this year,” said Chris Tomasso, First Watch’s CEO and president, on an earnings call.

The new system is in all new company-owned restaurants, and it has been installed in more than 65 First Watch units, up from 20 at the end of 2021, he said.

“I'm so encouraged by the overwhelming support for this project by our teams and the positive energy that exists throughout the organization around this rollout,” Tomasso said.

Two restaurants with the new KDS on Mother’s Day were in the Top Two for sales during the holiday, the biggest sales day of the year, he said, “We’ve been able to deliver some higher peak sales hours in those restaurants as well,” Tomasso said.

He said the display system reduces friction in the restaurants and increases through-put in high-demand periods.

“Furthermore, the increased sales and traffic we experienced in March have continued into our second quarter,” Hope said.

“Our same-restaurant sales growth was 27.2%, driven by our same restaurant traffic growth of 21.9%, which we achieved despite the negative impacts in January from the Omicron variant and from winter storms,” Hope said.

“After we chose not to increase our prices in 2021, we did take a 3.9% menu price increase in early January of 2022,” he said. “As we've shared before, we believe we have additional pricing power should we determine to revisit our menu prices later this year due to continued inflation in our variable costs.”

Inflation led to a 15% increase in the brand’s market basked in the first quarter, he said.

He said the downward trend in labor percentage was primarily due to the surge in March sales,

For the first quarter ended March 27, First Watch reported net income of $4.6 million, or eight cents a share, a swing from a loss of $2 million, or five cents a share, in the same period last year. Revenues increase to $173.1 million from $127.2 million in the prior-year quarter.

First Watch has more than 440 restaurants in 28 states. The brand is majority owned by Advent International.