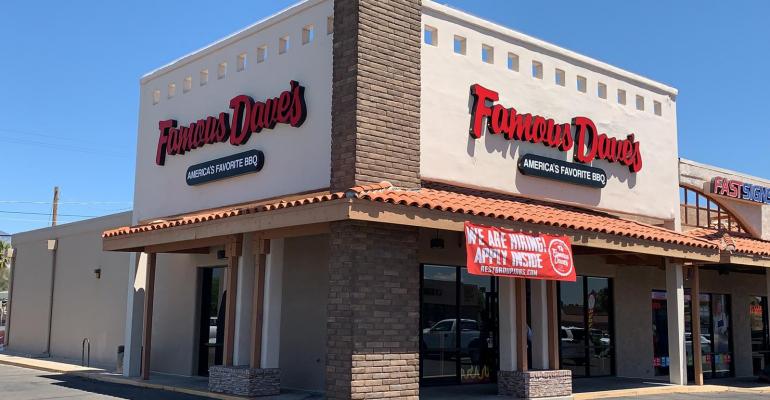 BBQ Holdings Inc. swung to profit in the second quarter and completed the acquisition of the Village Inn and Bakers Square brands in July, the company reported Monday.

For the second quarter ended July 4, the Minnetonka, Minn.-based parent to Famous Dave’s and other brands swung to net income of $15.8 million, or $1.64 a share, from a net loss of $6.3 million, or 68 cents a share, in the prior-year period. The company said net income included load forgiveness of $14.1 million. Revenues rose to $45.5 million from $27.8 million in the same quarter last year.

In late July, after the quarter’s close, the company completed its earlier-announced purchase of VIBSQ Holdco LLC, which had 114 franchised and 21 corporate Village Inn restaurants, and 12 Bakers Square company-owned restaurants. The deal had been valued at about $13.5 million.

“With the recently completed acquisition of Village Inn and Bakers Square,” said Jeff Crivello, BBQ Holdings CEO, in a statement, “we look forward to working collaboratively to improve, reinvigorate and leverage our infrastructure as a launch pad for growth. Our ability to drive cash flow throughout the year has been a huge step toward building a very strong balance sheet.”

Earlier in August, a Famous Dave’s franchisee opened the first line-serve restaurant in Las Vegas, Nev., an initiative announced earlier in the year.