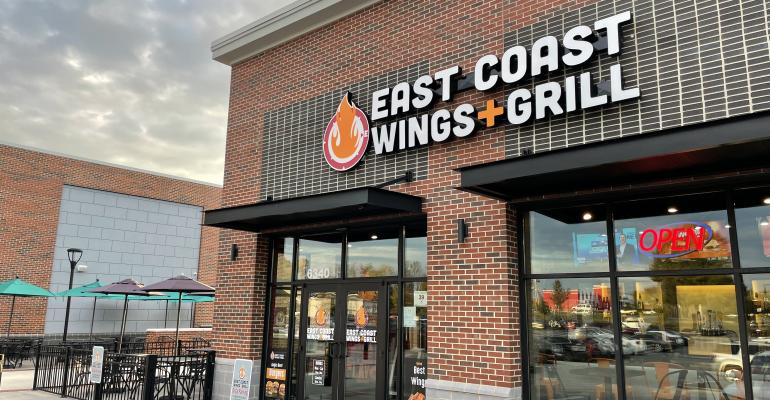 East Coast Wings + Grill, a full-service, family-dining restaurant franchise, announced it has a new franchise partner who has signed a franchise agreement for Florence, South Carolina – the first of many deals to come as the regional brand expands throughout the Southeast.

The single-unit deal is with franchise partners Deep and Charmi Patel. The experienced owners are a part of successful businesses throughout Florence, which include convenient stores and a QSR restaurant location.

“We had a vision last year to reengineer the website and restructure our franchise sales strategies for the next five years to better attract and serve entrepreneurs in restaurant category,” said Sam Ballas, CEO of ECW+G. “Part of the adjusted strategy involved putting the right people in the right seats at the company,” Ballas said, alluding to moving former Executive VP of Operations Mark Lyso to the role of Chief Development Officer.

“Over the next three years, Mark (Lyso) will be expanding his development department with individuals who understand that strong unit-level economics is the foundation on which ECW+G is built,” Ballas noted.

East Coast Wings + Grill continues to remain at 46 percent side-door/carryout sales and experience a steady flow of 54 percent dine-in revenue. They are up 26 percent higher than pre-pandemic sales.

“The unwavering strength of our existing operators speaks volumes to the refined and reduced labor business model,” Lyso said. “We’ll be able to strategically place our streamlined operations into regional markets with the right franchise partners who understand you need a forward-thinking solution to generate and sustain profits in the changing restaurant landscape.”

East Coast Wings + Grill is a full-service, family-dining franchise that spotlights buffalo wings. The thoughtfully-crafted menu also offers a variety of other options to satisfy every family member’s taste buds. With more than 60-nationwide locations currently operating or in various stages of development, the franchise recently secured a top spot on Restaurant Business Magazine’s “Future 50” list of fastest-growing, U.S. mid-sized restaurant chains for the second-consecutive year. Entrepreneur magazine also named East Coast Wings + Grill one of the nation’s top franchise investments, and Franchise Timesmagazine ranked the company No. 383 on its “Top 200+” list of top revenue-producing U.S. franchises. The concept has also been recognized by The Franchise Grade and Franchise Business Review for transparency during the franchise sales process, franchisee support and overall franchisee satisfaction. For more information about East Coast Wings + Grill or its franchise opportunities, visit www.eastcoastwings.com or www.eastcoastwingsfranchise.com.