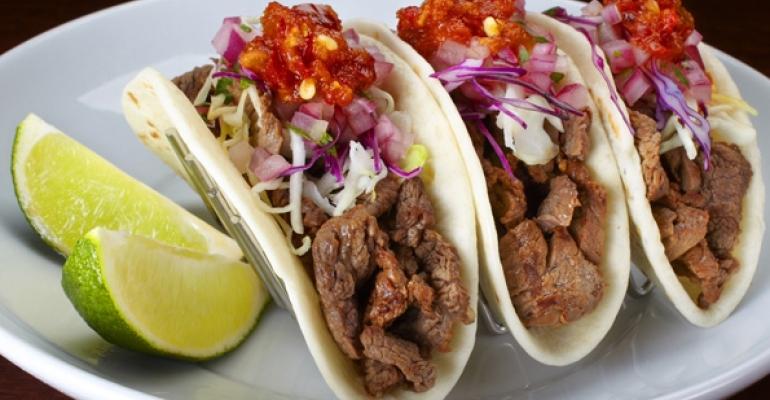 “It was fear of the upcoming Obama health care mandate,” chief executive Paul Emmett said of the 23-unit chain’s decision. “We didn’t want to get caught with our pants down and have a menu that was only one-sided.”

The mandate includes a provision requiring restaurants with 20 or more locations to list calorie counts.

The Lake Worth, Fla.-based casual-dining chain isn’t known for healthful food, Emmett said. But it now offers more than 20 menu items with fewer than 580 calories, including appetizers, entrées and desserts.

“We have hamburgers and fried foods,” Emmett said. “These are things that weren’t going to show up so well on the calorie count list.

“I think our humongous chicken Parmesan might have a lot of calories,” he added, laughing.

Lower-calorie menu items at Duffy’s include a mahi mahi entrée, a pork chop entrée, pasta primavera made with vegetable stock instead of oil and a grilled turkey burger. Emmett said he still expects 70 percent or more of his patrons to choose traditional, less healthful bar food.

The chain’s goal wasn’t to spur a paradigm shift to redefine bar food as healthful, he said, but to eliminate the “veto vote,” and not scare away large groups with a couple of health-conscious consumers in the mix. “Obviously, there’s a real heightened interest in lower-calorie items,” Emmett said. “The times are changing.”

Emmett cited Seasons 52 as an inspiration. The Darden Restaurants Inc. concept only serves menu items with fewer than 475 calories. He also looked at a couple of other concepts before settling on the 580-calorie point, he said, calling it a “well-accepted number for the industry.”

“It’s good to have [menu] options when people go to our concepts,” he said. “I think we have a competitive edge by doing this.”

According to a study by research organization Hudson Institute, restaurants that offered lower-calorie items — those with fewer than 500 calories for center-of-the-plate entrees and fewer than 150 calories for side dishes — saw traffic rise 10.9 percent from 2006-2011. Sales during the same period increased 5.5 percent.

“We found that those restaurant chains that were growing their lower-calorie time on the menu…demonstrate business advantages,” said Henry J. Cardello, a senior fellow and director at the Washington, D.C.-based Hudson Institute Obesity Solutions Initiative at the time of the study’s release in February. “They’re seeing their same-store sales grow. They’re seeing customer traffic increase.”

Chains are increasingly catching on to this trend. Lebanon, Tenn.-based Cracker Barrel, known for its country-style cooking and items like smoked country sausage n’ biscuits and meatloaf, has been developing a menu category called Wholesome Fixin’s, which contains items that have fewer than 500 calories during breakfast and fewer than 600 calories at lunch and dinner.

Cracker Barrel executives declined to comment on when or if Wholesome Fixin’s would be permanently added to menus at the chain’s more than 600 locations. However, during the company’s Feb. 26 second-quarter earnings call, president and chief executive Sandra B. Cochran said, “We're currently testing the category with the expectation of adding it to the menu this summer.”

Atlanta-based Chick-fil-A, known for its deep-fried chicken sandwich, added new salads and a wrap to its menu in April in an attempt to court health-conscious consumers. The new salads, without dressing, have between 180 and 430 calories and are available at the chain’s more than 1,700 locations.

“We took a hard look at our salad line and decided those options were not as relevant to consumers as they were just a few short years ago,” said Chick-fil-A vice president of product strategy and development David Farmer in a statement.