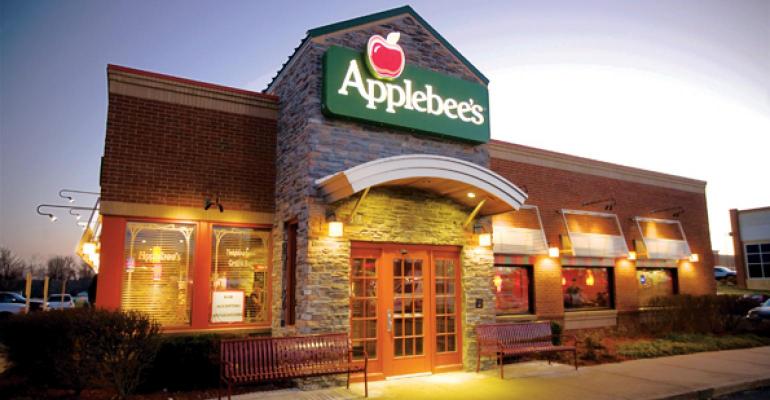 Dine Brands Global, the parent company of Applebee’s Neighborhood Grill and IHOP, reported a positive first quarter overall on Wednesday. CEO Steve Joyce wasn’t too surprised, despite the fact he’d been hearing about the death of casual and fine dining.

“I think there was an overreaction, and I think some of the sources for those stories had other agendas, and so I don't think the desire for casual and family dining ever changed,” Joyce said during an interview with NRN. “Now, there's a lot of restaurants in the category and it's not a shrinking pie, but it's not a solid, growing pie either. Our story is having to take share from others.”

New advertising campaigns that are “edgier,” “funnier” and “more impactful” have helped set Dine Brands apart, according to Joyce. Certainly, the new campaigns won’t shock viewers, but they do have a more modern, humorous feel than the brands’ previous ads.

Like this one for IHOP featuring a father and daughter who go breakfast watching rather than bird watching.

And this one for Applebee’s grill combo featuring Tina Turner’s Simply the Best.

Monthly offers like all you can eat pancakes at IHOP and Applebee’s drink of the month specials have also helped take those dining dollars from competitors, Joyce said. When Applebee’s rolled the promotions last year, industry observers saw it as an attempt to get diners in the door at all costs. But Joyce says they’ve created a buzz with established customers and new customers alike. Customers anticipate them and try to figure out what they’ll promote next, said Joyce. And they’re bringing in the right crowd.

“The interesting promotions we have, whether they be the Dollarita or the all you can eat riblets, is attracting a younger crowd of Millennials, which is good, they come in groups and its skewed toward female, Hispanic and African American, three of our target markets, so that's great,” he said.

“At the same time, they also appeal to the older Millennials as well as our boomers. But they're bringing some folks that may not have been customers of ours so as a result we view that as very positive particularly given those demographics.”

Half of Dine Brands' customers are under 34 years old, said Joyce. And he scoffs at the notion that Millennials have rejected casual and family dining, but said Dine Brands is in a unique position to appeal to the elusive demographic.

“We have an advantage because most of our brands, while they're part of a large restaurant group, there is a sense of community and customization and a sense of belonging in the marketplace that I think gives us some differentiation,” he said.

“I think that's important to all our customers that were viewed as sort of the local spot, not some national chain that rubber stamps things out.”

So where did that notion about Millennials come from?

“I think there was sort of this New York perspective on what millennials want and that they're interested in James Beard-like food, but that's not really the case for most.”