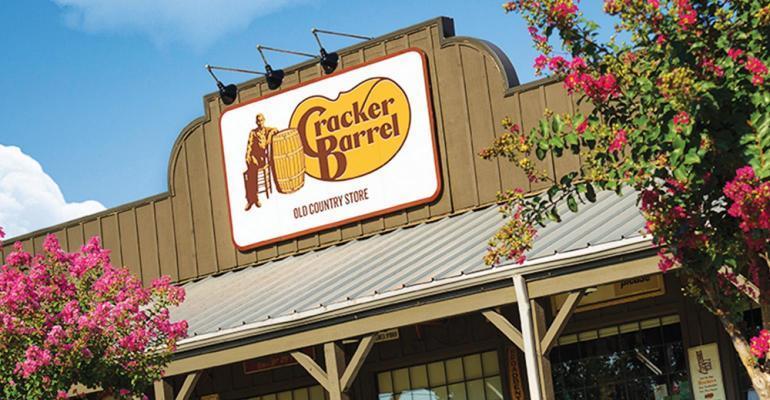 “This [menu evolution] initiative is targeted at strengthening the dinner daypart by introducing new signature craveable items while also simplifying our menu to increase consistency in execution and providing a more optimized menu,” CEO Sandra Cochran said during Tuesday’s earnings call. “…The initiative is targeted at strengthening the daypart from a consumer standpoint first.”

Despite the positive same-store sales performance, retail sales faltered and traffic still remains a challenge for the brand as traffic numbers dipped 0.2% the past quarter. However, Cochran noted that off-premise (including individual to-go orders, occasions/holidays and catering) has become one of the strongest pillars of performance for the brand and will be focus from here on out.

“Off-premise grew 210 basis points [13.2% of overall sales] versus the prior year quarter, and we saw growth across all three channels,” CFO Jill Golder said. “So individual, to-go and occasion in catering, all three of those channels were up double-digit percentages. … Off premise was very big for us in the second quarter and we continue to expect it to grow.”

A key part of their off-premise strategy is third-party delivery, which is available currently in 600 locations and will continue to expand.

Cochran also mentioned the importance of integrating the company’s newest brand additions to their portfolio: Punch Bowl Social — which Cracker Barrel became a major investor of in July 2019 — and Maple Street Biscuit Company, which Cracker Barrel purchased in October for $36 million.

While Cracker Barrel continues to convert Holler & Dash units to Maple Street Biscuit stores, the company has been adding some branding changes to the newly acquired fast-casual Southern comfort food chain. The brand, which was known for being closed on Sundays, will now be open all seven days of the week. The next goals include improving sales and implementing long-term expansion goals.

Cracker Barrel opened net zero new stores in the quarter and as of Jan. 31 had 695 units nationwide, up from 664 at the same time last year.