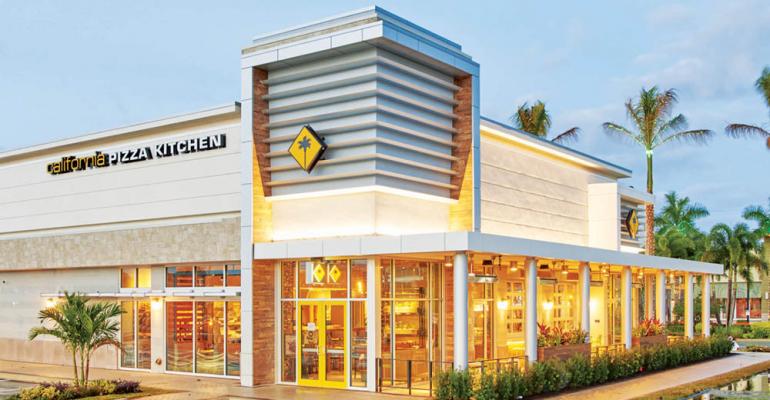 “CPK intends to emerge from Chapter 11 in November 2020 with the full support of its creditors and equity holders,” the company said in a statement.

CPK had filed Chapter 11 in July in the U.S. Bankruptcy Court for the Southern District of Texas's Houston division.

The reorganization plan was confirmed after the court was unable to find qualified bidders for an auction in early October.

The Play Vista, Calif.-based company said the reorganization plan was approved after “months of negotiations with creditors throughout CPK’s capital structure, including a settlement with the official committee of unsecured creditors.”

The plan “received near unanimous support from all parties entitled to vote on the plan,” the company said in a statement.

California Pizza Kitchen, which has been majority owned by Golden Gate Capital for the past nine years, and seven affiliated debtors each filed for voluntary bankruptcy protection submitted two restructuring plans submitted to the court, one for an auction and the other to work with lenders to reduce its $403.1 million in debt.

CPK reduced in its debt load and lease footprint. Upon emergence, CPK said it will eliminate more than $220 million of existing funded debt from its capital structure and will face no near-term debt maturities. CPK will emerge with total debt of $177 million including additional exit financing, providing the capital to support and build on CPK’s current business.

“We are pleased to have completed this process rapidly and thank our guests, franchise partners, employees and vendor partners for their continued support,” said Jim Hyatt, CEO of CPK, in a statement.

Kirkland & Ellis is serving as legal counsel to CPK. Guggenheim Securities, LLC is serving as its financial adviser and investment banker, and Alvarez & Marsal, Inc. is serving as restructuring adviser.

California Pizza Kitchen, founded in 1985, has about 200 restaurants in eight countries and U.S. territories.