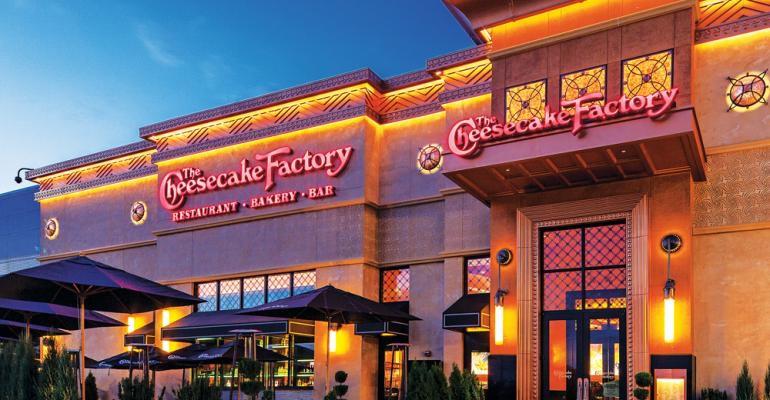 Facing supply chain and permitting hurdles, The Cheesecake Factory Inc. has pushed about some new restaurants planned for this year into 2023, but it expects to return to a 7% unit growth rate, executives said Tuesday.

The Calabasas Hills, Calif.-based company, which also owns North Italia, fast-casual Flower Child and other concepts created by the Fox Restaurant Group division, opened three restaurants in the third quarter: The Cheesecake Factory in Katy, Texas, a suburb of Houston; a North Italia in Dunwoody, Ga., a suburb of Atlanta; and a second FRC-created fast-casual Fly Bye in Phoenix, Ariz.

For 2022, the company now plans to open 13 new restaurants, pushing as many as seven openings into 2023.

Since the end of the third quarter, the company has opened three new locations, including The Cheesecake Factory Opry Mills in Nashville, Tenn., a North Italia in The Woodlands, Texas, near Houston, and a Flower Child in Austin, Texas.

“Our teams are certainly capable of opening 21 to 25 restaurants,” Gordon said.

To counter increased costs because of inflation, The Cheesecake Factory expects to take a 2.8% menu price increase in December, on top of increases earlier this year, said Matthew Clark, the company’s chief financial officer.

Clark said the company did not take menu-price increases late last year, when a lot of other competitors began adjusting to commodity and wage inflation. “We probably had a little better protection last year in the commodities market and our labor was a little more insulated,” he told analysts.

For the third quarter ended Sept. 27, The Cheesecake Factory swung to a loss of $2.4 million, or five cents a share, from a profit of $32.7 million, or 64 cents a share, in the same period last year. Revenues were $784 million compared to $754.5 million prior-year quarter.

Same-store sales at The Cheesecake Factory restaurants increased 1.1% year-over-year in the third quarter of fiscal 2022 and 9.5% compared to the pre-pandemic period in 2019.

Through Oct. 25, fourth quarter-to-date comparable sales for The Cheesecake Factory restaurants increased about 2.8% year-over-year and 14% as compared to the same period in fiscal 2019, the company said.

The Cheesecake Factory owns and operates 314 restaurants throughout the United States and Canada. The company’s bakery division operates two facilities that produce cheesecakes and other baked products for its restaurants, international licensees and third-party bakery customers.