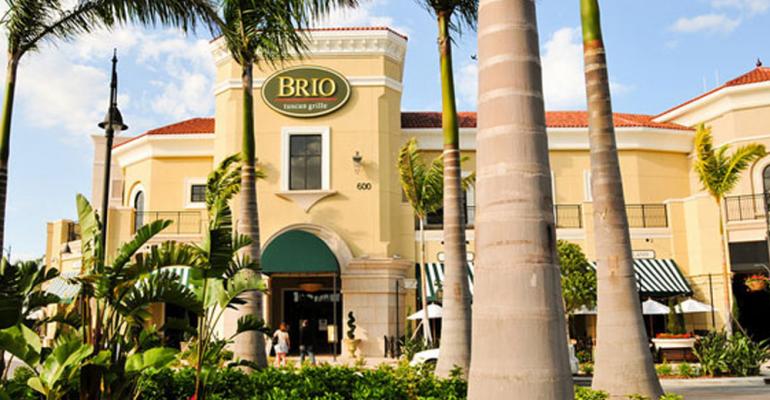 FoodFirst Global
The parent company of Brio Tuscan Grille and Bravo Cucina Italiana has temporarily closed 71 of its 92 restaurants due to the novel coronavirus pandemic.
News>Casual Dining

FoodFirst Global CEO Steve Layt was about to launch a bullish turnaround for each brand then the ‘rug got pulled’ with the coronavirus outbreak, he tells NRN

FoodFirst Global Restaurants, the parent company of Brio Tuscan Grille and Bravo Cucina Italiana, has temporarily closed 71 of its 92 locations in the U.S. due to the COVID-19 crisis.

CEO Steve Layt, who came on board in late January to fix troubles at both brands, said he is keeping the 21 best performing Bravo and Brio restaurants open for curbside pickup and delivery orders.

“They are our most profitable restaurants, and the ones that had the best chance to break even during the crisis,” Layt told Nation’s Restaurant News during an exclusive phone interview. 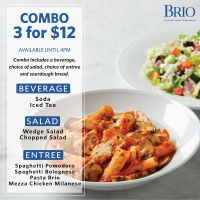 The 21 casual dining restaurants in 10 states are serving a limited menu of meals and discounted wine available for carryout. Some restaurants are also delivering through third-party delivery operators, who have not done anything to waive fees, Layt said.

“We haven’t been able to get the big guys to do much work with us,” Layt said about aggregator commission fees, which can often reach up to 30%.

The 71 Bravo and Brio restaurants closed March 20 as jurisdictions around the U.S. began ordering restaurants to shut down dine-in services. As a result, FoodFirst has had to furlough nearly 6,000 hourly and salaried workers. They are among thousands being laid off across the U.S. On March 25, the National Restaurant Association said about 3 million restaurant workers have been laid off over the past three weeks including hundreds at Landry's and Cheesecake Factory.

"The mandated dining room closure orders wiped out 60% of our restaurants within days and since then we have experienced nothing short of devastating sales declines," Layt said in a statement.

Stores that remain open have also been impacted as only managers are running the 21 restaurants.

“Temporarily closing the majority of our restaurants was heartbreaking but necessary to conserve our financial resources in the immediate term," Layt said in a statement.

The COVID-19 outbreak could not have come at a worse time for the company, Layt said.

When the crisis hit, the newly appointed CEO was putting the final touches on a turnaround plan for the company that involved renegotiating leases with landlords where rents were too high; re-evaluating the menus at both brands; optimizing the supply chain; and simplifying kitchen operations.

“Everyone was feeling bullish about the future,” he said. “Then the rug got pulled.”

If restaurants are forced to keep dine-in operations shuttered for a long period time, Layt said some might never reopen.

“It would be impossible to guess, but certainly there’s a strong chance not all of them will reopen based on how long this process lasts,” he said.

Once the crisis is over, it will still be challenging for the restaurants that remain open. It will take months for even the best performing restaurants to get back on their feet.

“It’s unknown how consumer behavior will change,” he said.

Prior to the coronavirus crisis, Layt said carryout and delivery were not a key part of the brand’s growth strategy.

But, now that might change, as consumers learn to rely on them for quality takeout.

“I’d be amazed if we didn’t see a continued improvement in the carryout experience,” he said. “I would expect those that weren’t using carryout [before] will be more loyal around that business.”

The company has hired Piper Jaffray to assist in its review of strategic alternatives for the company.