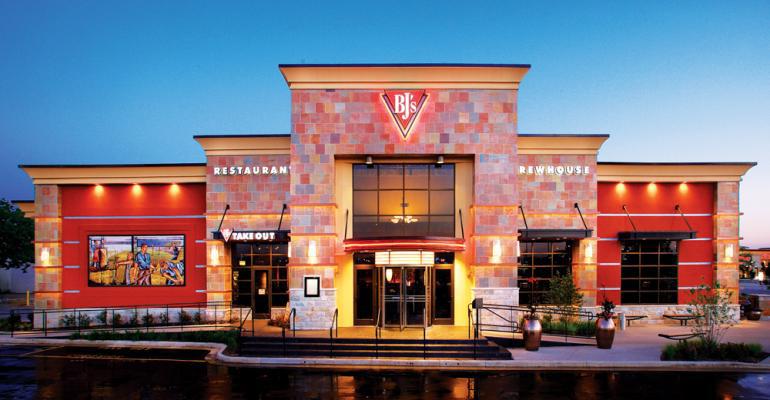 Middle-income spending is on the rise, casual-dining operator says

Net income at BJ’s surged 58 percent, to $14.7 million for the first quarter ended April 3. The Huntington Beach, Calif.-based chain, founded in 1978 as a deep-dish pizza restaurant, posted quarterly revenue of $278.5 million, an 8-percent increase compared with the previous year.

CEO Greg Trojan said a 4.2-increase in same-store sales was driven in part by the chain’s slow-roasted menu. The premium dishes, which debuted last summer, include prime rib and a double bone-in pork chop.

Trojan said the rollout of handheld tablets for servers, which drive add-on sales, also contributed to the chain’s positive quarter.

The revenue lift came amid a 0.4-percent increase in traffic.

The slight uptick in restaurant visits was offset by heftier average checks, growth in off-premise sales and a boost in spending by middle-income customers.

“Middle-income consumers are finally starting to spend at rates we would expect in an economic recovery,” Trojan said during a conference call with analysts on Thursday.

The company has also shifted away from margin-hurting, buy-one-get-one-free promotions.

President and CFO Greg Levin hinted that BJ’s is testing some new “lunch specials” and other things to improve sales.

In the first quarter, BJ’s opened its 198th restaurant in Warwick, R.I. It is among five to six new restaurants the company plans to open this year.

“Our development team is building a solid pipeline for fiscal 2019 and 2020 new restaurant openings as we remain committed to our long-term expansion plans,” Trojan said.